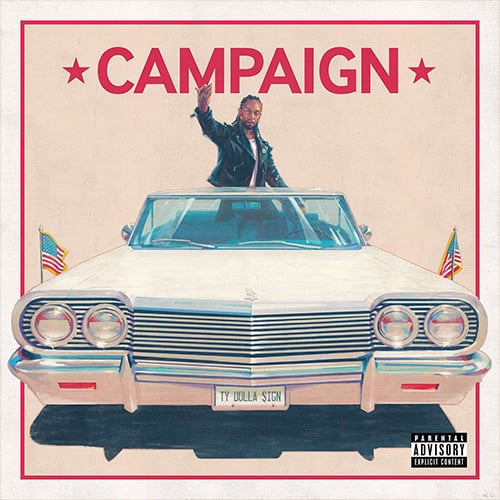 Ty Dolla $ign dropped one 2015’s most criminally overlooked albums in Free TC. That album was a culmination of nearly a decade of work Tyrone William Griffin Jr. has put in, collaborating with Juicy J and Babyface in the same breath. While Free TC was commercially underwhelming, he did receive plaques for the singles “Saved” and “Blasé.”

Ty$ has now released his latest effort, Campaign. The 16-track mixtape serves as a warmup to his in-the-works Beach House 3, and features the likes of Future (on the project’s title-track), Travi$ Scott,Wiz Khalifa, The Game’s bestie Meek Mill, Trey Songz, Migos, and Atlanta-based newcomer 24hrs.

Stream the project in its entirety below and cop on iTunes.