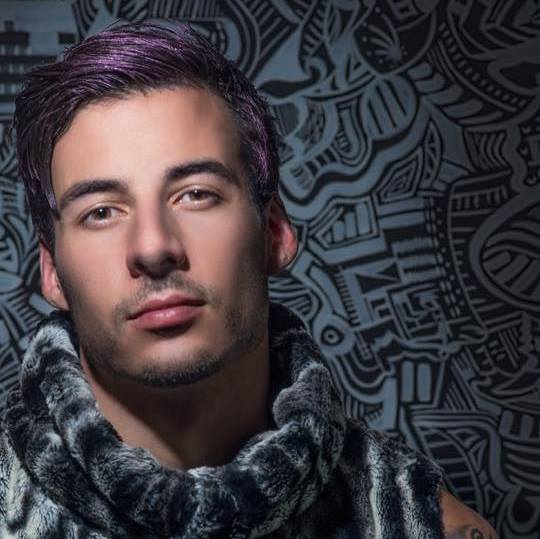 The story begins on the descent of an adventure on the slopes of a snow-covered Mt. Shasta. Amidst the search for meaning in this mad world that surrounds us, an idea blossomed into existence. A hero, a leader, a legend was created…the legend of True Spirit.

Native to the Bay Area, Dimitri Vigil found his passion for making music at the age of 18 while playing football at West Valley College. Continuing his collegiate career at Menlo College, he connected with close friend and partner in music, Christian Pistella, laying the foundation for the dynamic duo. Upon graduation, Dimitri was hired by a digital advertising agency in downtown San Francisco, a job that many dream of. After a year on the corporate hamster wheel, he realized that the nine to five life would not be his path and quit his job in the pursuit of making a name for himself on his own terms.

The pieces of the puzzle began falling into place after undergoing a life changing spiritual awakening. This psychedelic infused shift in consciousness opened the door to the mind’s unlimited potential. With this awakening, the transformation began. In a few months, he lost 50 lbs and shipped out to Australia where he played two seasons of professional football winning a league championship, and following with a record-breaking season at cornerback and receiver. During this time, he also launched his career as an entertainer creating a style of his own both as a model and stripper.

After his second season, he moved back to the Bay and passed on opportunities to play ball in Europe, Asia, and South America for a career making music with the help of Chris, narrating their pursuit of happiness. The tandem kicked off 2016 in style, opening for Rayven Justice in True Spirit’s first show on New Years’ Day. With the release of their freshman project, We’re All Mad Here, the transformation was complete. The legend manifested. The EP features their dynamic storytelling abilities preaching truth and inspiration, bringing Hip Hop and EDM together to create a unique sound and a genre all their own.

VMG had a moment to catch up with the young Dope emcee, to see what’s new and to check out the new EP titled “We’re All Mad Here”.

Music is everything, its the real freedom of speech. When an artist can master the ability to actually connect and relate to their listeners that’s when you get something special. I want to help people, bottom line and that’s my motivation. If the music is able to help save one person the project is a success. Hopefully people can use, “We’re All Mad Here” as a release to get through everyday life and push themselves beyond perceived limitations!

Vintage Media Group is legendary man! Always got the most up to date in everything from fashion, hip-hop, to lifestyle. I mean there is a reason it’s an award-winning magazine. I personally like the reviews section so I know what’s coming out that VMG thinks is hot.

3) Being that you are from the Bay Area, what is the state of Hip-Hop there? How would you titled your style of music?

YEEE! The Bay is booming right now, we got a lot of talent out here. The Bay always had slaps but now with G-Eazy taking his talents to another level the last couple years the Bay will forever be on the map. From Nef, Iamsu, Sage, Berner, and of course the King of the Bay E-40. We are going to push bay music to unseen heights! One of the lyrics from Where I Belong sums up my style of music, “People always try to give you advice. Do this. Do that. Stay in your lane. They’re going to try to put you in a box. We’re here to say, f*** the box.” I am a artist, but we are stepping outside the box the EP features their dynamic storytelling abilities preaching truth and inspiration, bringing Hip Hop and EDM together to create a unique sound and a genre all their own.

4) With your most recent music ep “We’re All Mad Here” is DOPE, can you give us some details on how you came up with the project?

Thanks appreciate that. I started when I was about 17 writing songs and recording, and was obsessed with it. I ended up playing college football and getting a marketing degree so I had to stop making music for a long time and that hurt me. I was 225lbs upon graduation worked at an advertising agency for a year, lost 50lbs so I could quit my job and play football overseas in Australia. Over there is where I decided to begin working on the project. I also became a stripper and model over in Australia to get rid of my stage freight, and some extra money. When I got back to the US I was ready to devote all my time to the EP.

Chance the Rapper is the main reason I got back into music. I have loved his style since 10 Day and once I saw how far he has been able to push his music independently, I knew anything is possible. My favorite four white boys of course Eminem, MGK, Lil Dicky and G-Eazy. Eminem really made it possible for artists like the previous mentioned above and myself to be successful in this industry. I study flows and lyrics so Drake, Kendrick, and J. Cole really motivate me to push myself to create something unique like they always deliver.

Tell someone you care about that you love them today. We live in a world filled with hate, so show love and appreciation to the ones you care about.