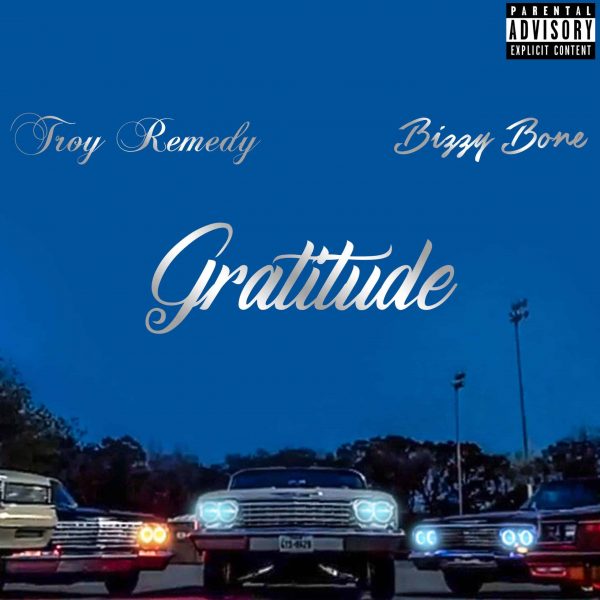 DALLAS, TX – Troy Remedy is a thoughtful musician who pours his heart and soul into creating music while he pursues peace of mind. Helping him to escape uncomfortable situations, music has been Troy’s therapy for as long as he can remember. “As I got older,” the artist said, “I couldn’t listen to music anymore. I had to make it.”

As a grateful survivor of life’s trials and tribulations, Troy expresses the appreciation for what we have at this moment in his new single, “Gratitude.” Despite what is going on in the world, “Gratitude” talks about being thankful that we are still breathing and will live to fight another day.

A serious creator who values quality over quantity, Troy delivers smooth and soulful Hip Hop which is characterized by superb production with clear and meaningful lyrics. His new single was recorded in Houston and Dallas and features legend Bizzy Bone from the Bone Thugs-n-Harmony fame. As someone who grew up listening to this group, Troy feels extremely grateful to have someone of Bizzy Bone’s statue featured on both the “Gratitude” song and music video.

The new single, which dropped on May 22nd, has a more upbeat feel than Troy’s previous single, “Which Way To Go.” While that track was about finding your way, “Gratitude” is about “being thankful that you’re still able to look for your way. Some people stopped looking a long time ago,” the artist explained. “There are some people who can’t look anymore.”

Filmed in Houston’s MacGregor and Mason Parks and throughout the city, the “Gratitude” music video was released along with the single. Showing murals of several area artists, the video pays homage to those who set the foundation for what Rap is all about in the Houston area.

Troy is already working on his next project, a song titled “Next To You.” This track is about the give and takes in a relationship with the opposite sex. The song talks about “trying to figure out where you stand with each other, how far you can ride for each other,” Troy said, “and how long it will go before the wheels fall off.”

Born in West Texas but raised by the whole state, artist Troy Remedy has always been a kind of underdog, which is also the title of one of the Lone Star native’s strongest tracks. His songs are derived from the golden era of Hip Hop and Soul music, but incorporate his contemporary flows and ideas. Giving it from the gut, Troy speaks on issues with an intelligent and articulate voice that hits hard and commands attention. Listeners have responded well to his relatable message, awesome production, and dope beats.

To listen to Troy Remedy’s music or to follow him on social media, please visit: