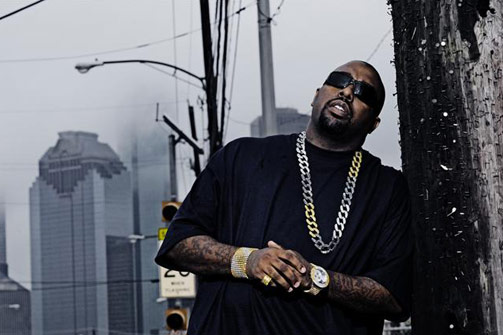 T.I.’s hustle just got a little more grand. Not only is the King of the South gearing up to release his eighth studio album, Trouble Man, Tip is also expanding his Grand Hustle roster, adding new artists at seemingly every turn. His latest addition: Houston street king Trae tha Truth.

“We’re gonna work alongside each other for a common goal and release this Trae tha Truth project,” T.I. said of the deal, which was arrived at the old-fashioned way. “When cats [who are] cut from a certain cloth give their word and shake their hand, that’s what makes it a done deal — the ink is just a formality.”

The two haven’t yet figured out how Trae’s upcoming ABN projects will be distributed, however. T.I. is currently signed to Atlantic through Grand Hustle, but that doesn’t necessarily mean that Trae’s project will travel through the same channels. But Trae doesn’t seem overly concerned about the particulars. “Me and Tip are similar in a lot of ways. We both understand what it is,” Trae said.

“The thing that kinda made me way more comfortable is he reached out more on a partner note to where it wasn’t about money, it wasn’t about none of that. It was about, ‘Look, we can team up or even if you doin’ your own thing, I’m just supporting what you got goin’, I want to see you make it.’ ”

Without the help of a major label, Trae has already carved out his lane in the streets. While he isn’t the most popular MC, it’s hard to find an artist in the game today who is more respected. His last album, Street King, featured not only underground rappers like Messy Marv and Yo Gotti, but also boasted contributions from the likes of Lil Wayne, Rick Ross, Big Boi and Wiz Khalifa.