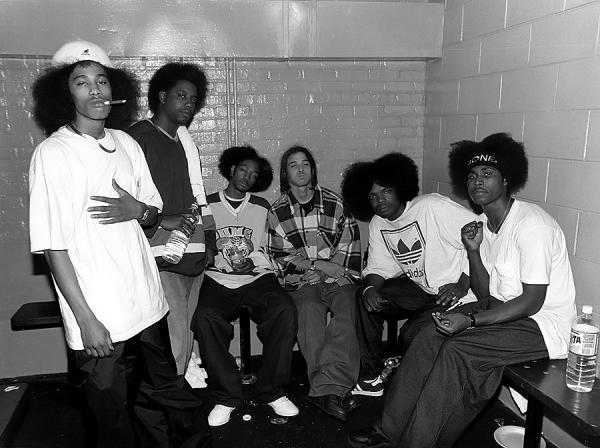 Four months after the death of rapper/executive producer Eazy-E, Cleveland rap quartet Bone Thugs-N-Harmony released their 2nd studio album East 1999 Eternal. Today marks 20 years since the release of the Hip Hop classic. With songs like “Tha Crossroads” and “First of The Month”, the album became the group’s best-selling album, with over five million copies sold in the United States and ten million worldwide.

The melodic LP samples songs like “Make Me Say It Again Girl” by The Isley Brothers on “Tha Crossroads”; “Reasons” by Earth, Wind & Fire on “Budsmokers Only”; “I’d Rather Be With You” by Bootsy’s Rubber Band on “Mo Murda” and “I Will Follow Him” by Little Peggy March on “Me Killa”, making it an instant cult classic.

“Tha Crossroads”, dedicated to Easy E, is Bone’s Grammy Award–winning song, as well as one of the group’s most popular and biggest selling single to date; check it out below.