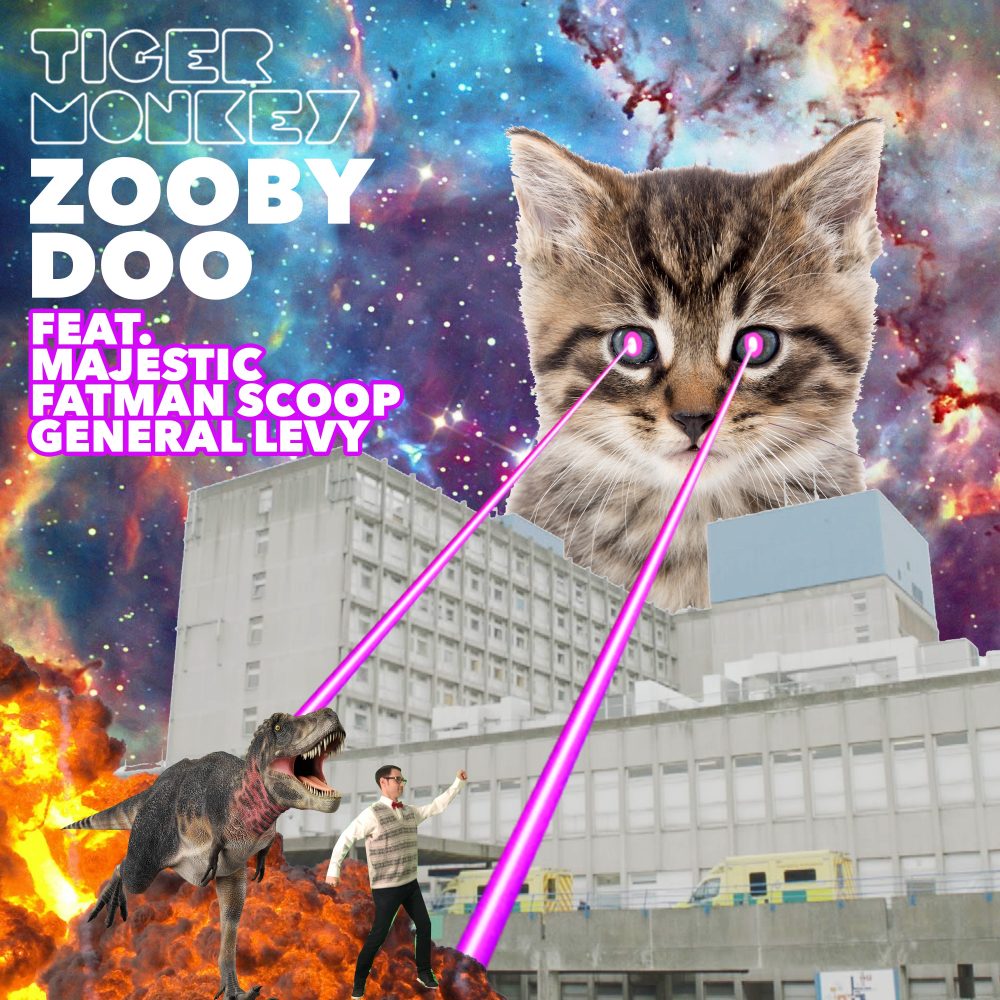 As ear-worms go, they don’t get much more persistent than this. Tigermonkey presents his new track ‘Zooby Doo’, out now.

You may recognise the track, which has already scored a number 1 slot on the UK viral chart, from the highly popular UK TV advertising campaign for Ribena.

Support is flooding in from some curious places, including Shaggy (who has been Shazaming the track). Tigermonkey & Majestic have been performing the track too throughout their support slot on the Sigma UK tour, and at V Festival during a headline set on Friday night!

Mysterious producer Tigermonkey (aka Guy Katsav) refers to himself as a ‘fearless high-octane Gansta-Nerd’, and his bold lyrics and signature beats have already been featured in an impressive range of unusual places, including Mo Farrah’s charity track ‘Do The Mobot’. Tigermonkey’s music crosses genres with bouncy African rhythms and Middle-Eastern percussive beats interplaying with those unrelentingly catchy vocal hooks. Outside of Tigermonkey, Katsav has worked with the likes of Laura Marling, David Guetta, and The Streets to name a few. Instructions for the dance routine will be revealed soon. You have been warned.