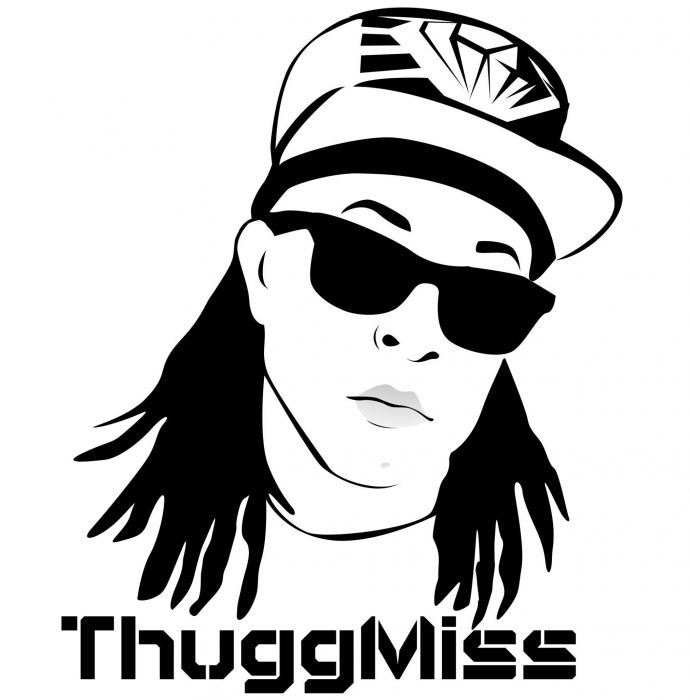 Born in Oklahoma City, Oct 7th 1980 but, raised in Kansas City, Mo. ThuggMiss life was not a fairytale with a dream come true. From being in the streets to being lock up physically and mentally. Her life had to change in order for her to be where she is right now. Today, ThuggMiss music reflects on her pass by giving the world music and knowledge on what really goes on in the streets. ThuggMiss has been ask by several A&R agents for management signing. Turning down deals that required her to change her image.
ThuggMiss has also been on a few Tours with Kstylis “TwerkNation Tour”. Even in the summer of 2012 to present, ThuggMiss has her very own “Promo Tour” which is independently a success in many city’s. Sponsored by SuperStar Promotions for Star Studded Events. She also was part of the BassMintPro.com “Natural Disaster Tour”. ThuggMiss has several companies that sponsor her career as a independent artist such as WTW Clothing, BossUpEnt, and Superstar Promotions. ThuggMiss music speaks for itself. One thing for sure she is far from your average female, but a lady about her business.