Home Exclusive This Soundcloud Rapper is About to BLOW UP!
Exclusive
Interviews
Talent
July 16, 2018 VintageMediaGroup 0

This Soundcloud Rapper is About to BLOW UP! 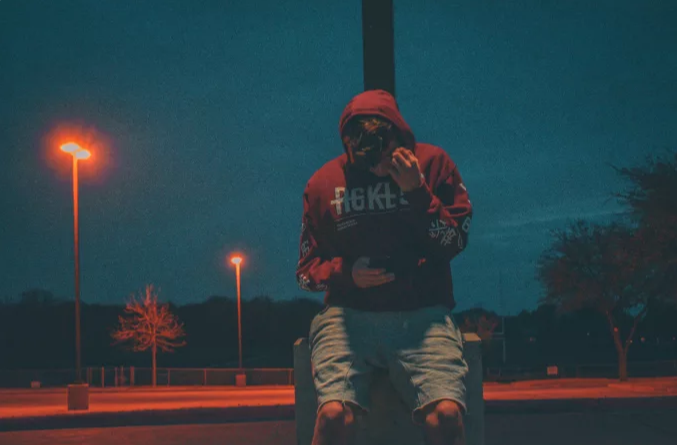 Brizzy Wes is a Hip-Hop/R&B artist from Dallas, Texas. He has a unique style and a distinct vibe within his music that can be played for a variety of moods. He has self proclaimed over 37,000 views on Soundcloud in the past 8 months since he started creating music. His music is featured on all major streaming services such as Spotify and Apple Music. Check out his hits and you WILL NOT be disappointed. He is very involved with his fans and looking to help others on his way to the top. It is a must that you check out his tracks!

VMG had a moment to sit down with the Dallas native to find out more with Brizzy.

Some things that help motivate me in music are the positive feedback I’ve received from my tracks, also my personal goals I have set for myself keep me motivated to make every song a great vibe.

When I think of Vintage Media Group, the first thing that comes to mind is a outlet of what going on in hip/hop underground.

3) Being that you are from Dallas, what is the state of Hip-Hop there? How would you title your style of music?

I think that the current state of Hip-Hop in Dallas is in a kind of, growing, or developmental stage, Houston is kind of taking a lot of the shine because they have many artists such as Travis Scott, and Ugly God, that have helped shape the sound of Houston. Dallas is getting to that stage and is growing to be hip/hop power city because of artists like Post Malone coming up in the Dallas area. The only title I could give to my style of music would be original because, all my music sounds different and that’s why people like my music, there’s a vibe for everyone.

4) With your most recent music single “Champagne Dreams” is Crazy NICE, I Really Like It… Can you give us some details on how you came up with that song?

When I was making Champagne Dreams I had just got to the studio, the beat was already playing cuz my homie had it pulled up, he was going to use it, then I just sang the hook it was the first thing that came to my mind, I knew it was a hit when I recorded that hook and I just took it from there.

Yeah, My Twitter and Instagram are both @BrizzyWes, I’m also on all music platforms so you can follow me on Spotify and Apple Music and all the music sites.

I have a TON of influences but my top 3 influences are for sure A$AP Rocky, Bono, and Post Malone

Yeah, If you listen to Hip/Hop or RnB and support up and coming artists and want to hear some good music I make music for everyone and you will like what you hear. I post all my songs on my SoundCloud page (www.soundcloud.com/brizzywes). Like I said im on all streaming platforms so you can also find my top played songs on Spotify, Apple Music, etc. Make sure to follow my twitter and instagram @Brizzy Wes.