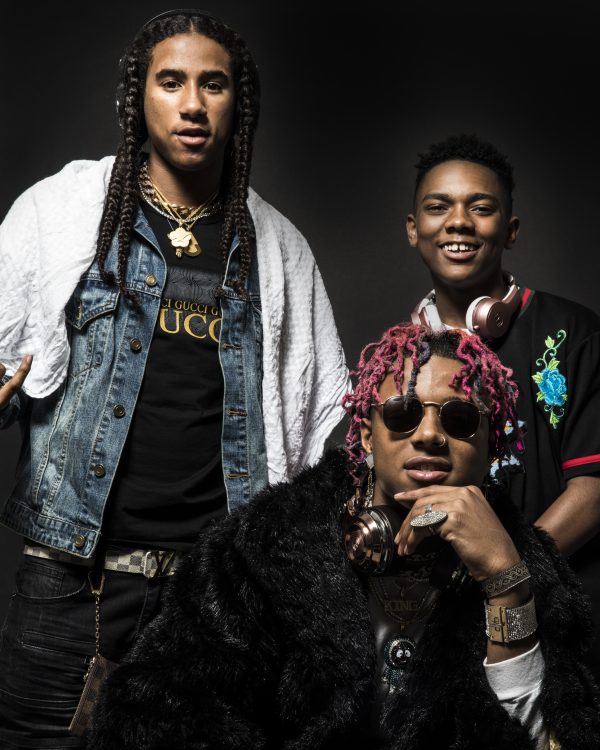 Named for what they do best, “entertain,” New Orleans trio The Tainerz are on a mission to bring their blend of bounce, R&B and rap to the world stage.

Comprised of 14-year-old Dallas Burke, 16-year-old Travon “T-Daddie” Mitchell and 17-year-old David “Deelö” Rayford, the Tainerz all hail from the same New Orleans East neighborhood – an area the boys all credit for helping to shape their sound while also motivating them to aspire for more.

After two years of performing together at local events and festivals as The Tainerz, the boys have built a strong following in New Orleans, and quickly gaining more fans around the country. It’s their live show that truly impresses. Watching Deelö and T-Daddie move, it’s hard to miss the Chris Brown influence, while Dallas’ presence and confidence bring to mind a young Michael Jackson, the entertainer all three boys name as a favorite.

While promoting “One Way,” their first official single since signing with Corporate America/Roc Nation in 2017, the hip hop/pop trio gained the attention of the Monster Products staff. This led to a new partnership that featured The Tainerz in the Monster 2018 Super Bowl Commercial, a new siingle release, “Monster”, and a nationwide dance contest that will be announced in the coming weeks.