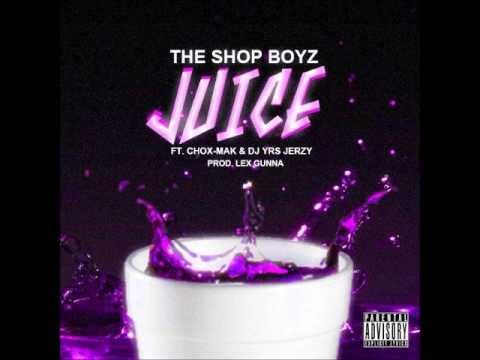 Creators of the 2007 hit “Party Like A Rock Star” The Shop Boyz have connected with the fastest rising up and comers DJ YRS Jerzy and Chox-Mak for a trap based single entitled “Juice”. This new single has the reference to the movie juice which is also featuring an audio clip of 2 Pac ranting on certain parts of the hook to really bring that street impact to the track. This single will have you on your feet ready to move with the hard hitting 808’s brought by producer Lex Gunna who is also working with a couple big name trap artists as well. F.A.T of The Shop Boyz is the member of the camp who is actually on the single but still true to his group kept the name behind the project. Everyone is now starting to get familiar with DJ YRS Jerzy and Chox-Mak so The Shop Boyz took their opportunity early and decided to work with the up and comers and created a banger for the streets. Look out for F.A.T’s material to soon hit the internet and definitely look for music more coming from the rising talents DJ YRS Jerzy and Chox-Mak they have a lot in the works.