The Goth Plug Tape Came Straight Out of Hell 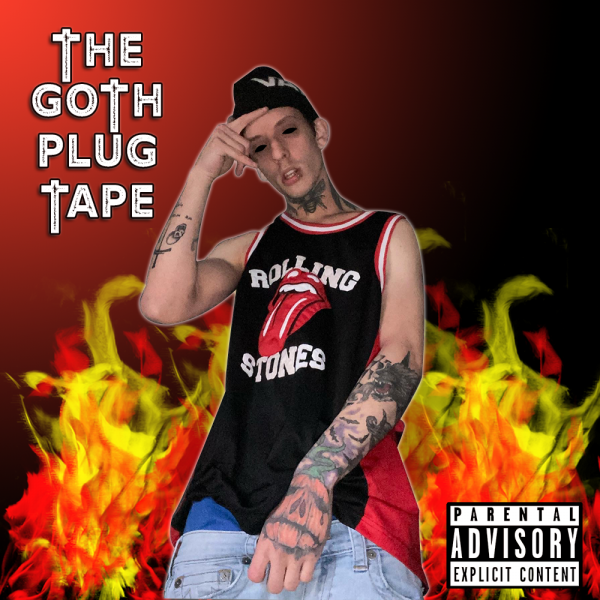 Daniel Sigut is back at it again, and this time he brought the blood, sweat, tears, and vibes with him. This is Daniel’s first real mixtape which represents the dark and dreary side of teenage life with no censor. Everything from suicide to heartbreak is viciously heard through Daniel’s strong yet sweet voice.

Daniel grew up in Greensburg, Pennsylvania. He was born into a middle-class family and was lucky enough to have two parents. When he was a child, however, his father was absent until about middle school. He didn’t quite understand why his dad was never around and this would affect him in heartbreaking ways. He was constantly alone. Everybody at his Catholic school bullied him. It was almost like they wanted to see him suffer. He never had any friends and was outcasted. They didn’t invite him to hang out or party, and this led him to become depressed and obsessed with video games.

Daniel didn’t quite understand why these kids were so mean to him. Not only was his dad not around but he didn’t have any friends to support him through these rough times. He was always kind to everybody and his heart was made of gold. He remained soft-spoken and kind-hearted no matter how much they tortured him. Eventually, he switched schools, but the situation never got better. He was outcasted yet again, and he could not find a clique. He simply didn’t fit in.

After struggling with mental health and substance abuse, Daniel finally decided to change his life. He downloaded FL Studio and started making beats after high school. He eventually dropped out of school to pursue his music career, but not without some major obstacles. The music spoke to him and helped him cope with these issues, and he was determined to make a dent in the music scene.

Eventually, he started rapping on a Blue Yeti microphone and from there it was history. He never looked back and has been making type beats and mixtapes left and right. His music truly tells the story of a phoenix reborn from the ashes and the journey of a kid trying to find his place in the world.

He now runs his beat company Slump Records full-time and has big dreams of sharing his story with the world. He wants to help kids that struggle with the same issues as himself. His music is available on SoundCloud.

Also, CHECK OUT The New Skit “Get A Job Daniel Luv!”