The Bluebonnet Bomber Presents “Amongst The Stars” 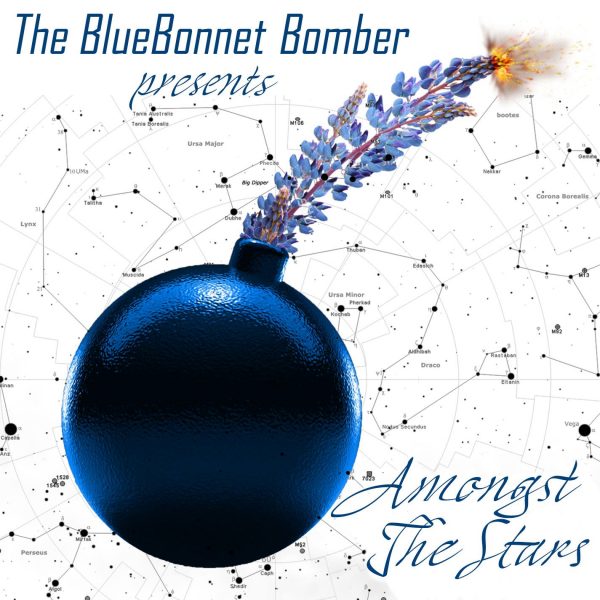 The BlueBonnet Bomber, a.k.a Grinch Rodriguez, is an emcee hailing from Houston, Texas. But, dont expect the typical sound that has become synonymous with the cities culture. Although, he reps his city to the fullest and loves the culture that has won the world over. He prides himself on trying to be a true Texas original. After listening to a couple of verses from The Bomber, it’s easy to see that he puts the lyrics in lyricism. I mean, flat out lyrical and I can’t express that enough. In this newest effort entitled The Bluebonnet Bomber Presents “Amongst The Stars”. He seamlessly meshes different styles throughout the album. From Hardcore street rap to a bluesy/country song in which he abandons rap all together. The BlueBonnet Bomber is definitely an electric character and it shows. An instrumentalist as well, you can hear some guitar played by him along with the tremendous production of longtime collaborator G.A. Cooper whom did the majority of the production on this project. There is something for everyone on here, yet, it still seems so authentic.

The music itself in a lot of ways is the motivation. As an artist I don’t dwell on song’s as much as one might think. I’m always looking forward to that new melody or lyric that just pops in your head seamlessly. Also, the belief that dreams can come true, is tremendous motivation within itself.

A site for someone such as myself to get the word out about new material, and I would say informative as well when it comes to Rap in general.

3) Being that you are from Houston, what is the state of Hip-Hop there? How would you titled your style of music?

The state of Hip Hop is alive and well in Houston. Along with the known names, there is a ton of up and coming talent coming out of the H. Also, when it comes to pure Hip Hop, as in, the four elements. The art scene here is thriving and with the help of programs like BreakFree World-wide headed by world renowned B-Boy Moy. There is an opportunity for youth’s to be taught the right way, the positive way. And as far as lyricist, contrary to popular belief, I say we have some of the best. K.R.I.N.O. for example.

If I had to sum up my style, Southern Lyricist.

4) Your most recent project “Amongst The Stars” is Crazy NICE, I Really Like It… can you give us some details on how you came up with the project?

Thank you.
Amongst the Stars is a project that came about after I was contacted by G.A. Cooper, who did the majority of the production on this album. We just wanted to give something fresh, yet natural. We didn’t want to force anything. We both love music and both have similar ideals when it comes to originality. We knew we didn’t want to do any particular sound because it happens to be trending. We want the people to listen to this project and say. “Wow, that was surprisingly different. We just want to give our version of hip hop/Rap.

I can be found on:

As far as influence? There is just too many things to name. I find influence in all types of music and art. So, to pin point just one person or thing as an influence, would be unfair.