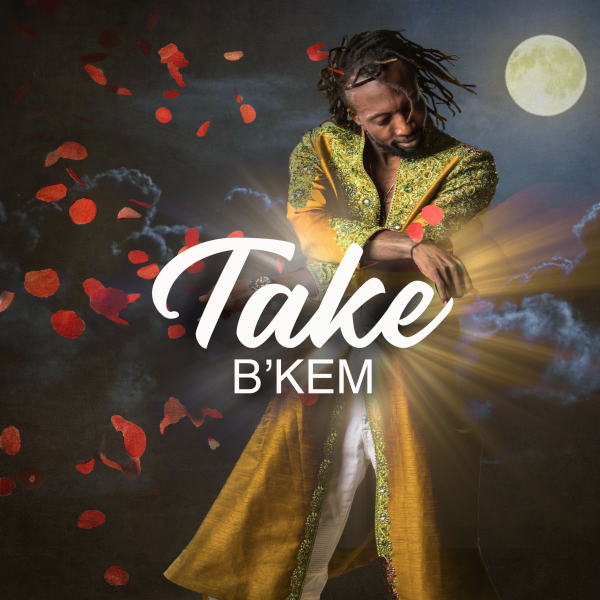 After the successful release of the controversial song “Black Lives Matter” by B’kem, This Awe-Inspiring Artist seeks to make a difference through his gift of music. Now he’s about to release something out of this world, his upcoming single is called “TAKE.”

The single releases September 7th, 2020 B’kem has been working on a project that he is personally producing, and “TAKE” is the first single from that project. This is a song where B’kem acknowledges who his source is, from the perspective of Joy. In this song, B’kem gives an example of how to release the battles and worries of life. The message is to inspire people with the knowledge that they do not have to fight alone. They can let God fight in their stead, and know victory is assured. Being the producer of his second project, following his early work THE MENU, He’s changing up the party to something that brings hope. B’kem is giving us something we can dance to while taking away the need to worry about fear in this world. Especially in a time where such disgraceful things are happening to people of color. This is a moment when hearing a song could change someone’s life, and “TAKE” is bringing a message of positive change. With Nigeria Parents and living in south-central Los Angeles, B’kem didn’t find life easy. This self-motivated artist grew up hearing a lot of unwelcoming things towards his craft. Words like “you’re not good enough,” and “you’re not meant to do music.” Yet there some things a person cannot shake from the core of themselves. Despite being told that he had to either be a lawyer, doctor, or engineer by the people of his Nigerian heritage, B’kem went to The Los Angeles Recording School and Graduated with a Sound Engineering Degree.

B’kem would later become the first African American male to perform at the Color’s Of Love platform, was nominated for best male artist 2020 by Afrifamu, featured in the VoyageLa, has been called to be a speaker on panels and performer for the youth, been a featured performer at AfroCity, Afro-fusion, 626-night market, African charity events (one of the most notable charity events were raising funds for elementary schools in Congo with unstable building structures), had his songs played in multiple countries around the world, has been interviewed in multiple radio stations in North America, as well as performed in many other events and festivals. Hopefully giving an example to the youth of what perseverance looks like because if he stopped, none of these things could have been possible.

“I just want to be known as one of those who were told ‘you’re not good enough.’ One of those who show the young men and women that hear all the negative words spoken over them, that they can accomplish whatever they’re told they can’t do. My artist name B’kem is something I’m very proud of, It comes from my middle name Chibuikem which means God is my strength. I find it interesting because the strength I’ve had to keep going has been very supernatural.” -B’KEM