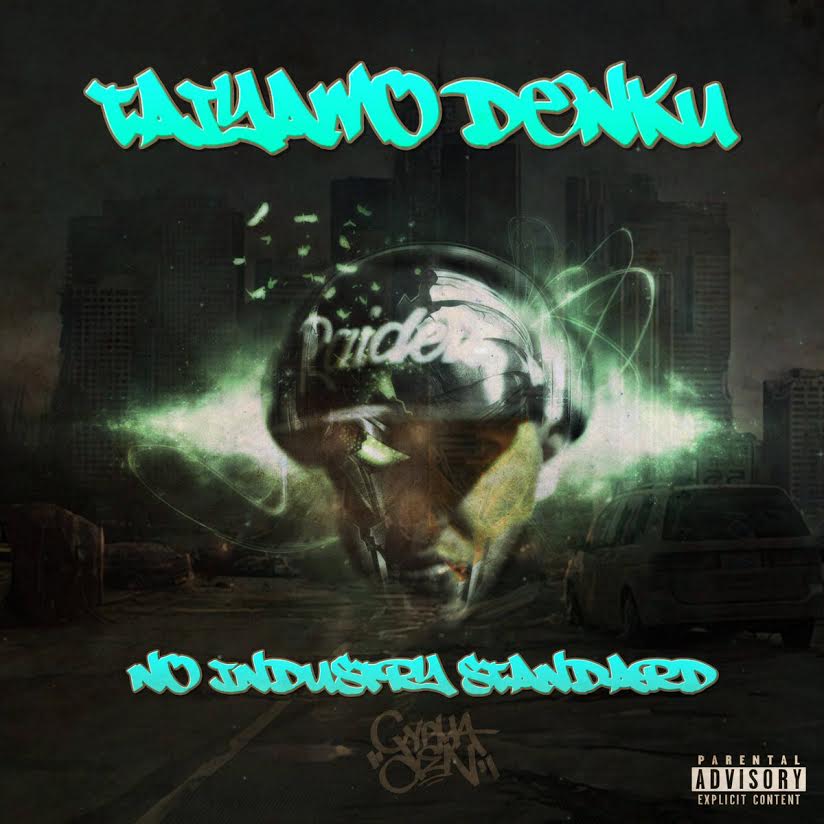 The seasoned Milwaukee beat bruiser, Taiyamo Denku, makes his triumphant return to your headphones with the full length album, “No Industry Standard”. Consisting of 16 tracks in total, Denku and Dcypha once again combine their musical powers to put forth an all around quality Hip Hop extravaganza. The pair continue to go against the grain of so called industry standards, funding the project out of their own pockets and completely independent. Keeping the entire album process in house allowed the duo to orchestrate some heavy features.

Fans of the Cypha Den Music imprint know very well that you can expect some impressive guests on their releases. We can find the lyricist bashing mics alongside the likes of Conway The Machine, Saukrates, Lil Kim, Chino XL, Royal Flush, J Hood, KRS One, and Benny the Butcher.

The names alone are enough reasoning for checking the album out. Don’t think for a minute that Denku is the type of artist that bases his career off of features. The Wisco wordsmith has proven his skills time and time again, whether it be inside of a cypher or performing on a vast amount of stages. He sets up all his own tours and has taken his act all across the Midwest and East Coast. As with his skills, Taiyamo has an extensive back catalog both as a solo artist and holding his own among Hip Hop’s most predominant acts.

“No Industry Standard” has seen 2 singles and 1 video released so far. The lead single, “Be Who You Are”, finds Conway and Taiyamo candidly speaking about faking the funk from two different points of view. “Fabulous Life” features the R&B styling of The Genius with the Midwesterner and Lil Kim speaking about what a “Fabulous Life” consists off. “Stand Back” was produced by Psycho Les of The Beatnuts, this release received a salt and peppered visual from Wes Tank. More singles will be released from the album in the coming months along with a video for “Mr. Sunshine”, featuring Saukrates.

Make sure to stay tuned for that but in the meantime, preview and purchase “No Industry Standard” on Bandcamp.