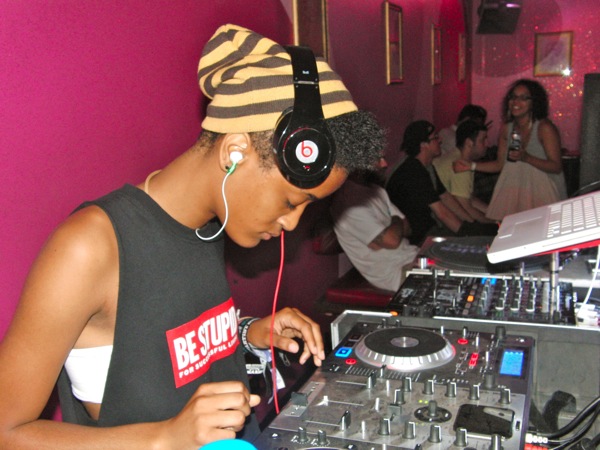 Syd’s the 19-year-old whiz who started mixing songs for Odd Future while she still lived with her parents. She’s been an integral part of the group from its rise to fame and the harsh spotlight cast on it thanks to Tyler’s larger-than-life persona (and subsequent media profile) and his lyrics, which are widely reviled for being misogynistic, homophobic, and irresponsible. To some, he’s a bully spitting hateful verses; to others, he’s a firebrand in the vein of Johnny Rotten, looking to make listeners uncomfortable. But being a member of Odd Future and a lesbian doesn’t strike Syd as conflicting.

“Most of the homos I know use homophobic slurs, and it’s never a problem unless someone who’s not a part of the group is using the word,” Syd says. “But a lot of people take things out of context, and you’ve got to understand that there is a difference between saying, ‘Hey, you faggot’ and ‘Hey, faggot.’ When Tyler says ‘faggot,’ he’s not referring to gays, he’s referring to lame people. And in our vocabulary, that’s what the word ‘faggot’ means. I’m not offended by the word ‘faggot’ — and I am one.”

Talking over lunch at an In-N-Out Burger near her apartment, Syd says that Odd Future’s reputation for being hateful comes from people taking the group too seriously.