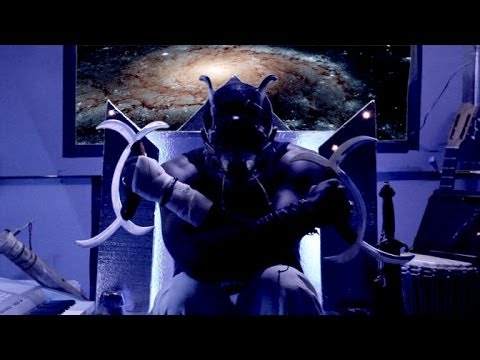 Los-Angeles based emcee Sum presents the Hashim Thomas-directed music video to “Oblivion”, the Blockhead-produced single from his album Dragon Vol. 1, which also features Needlz, DK The Punisher, brandUn deShay, Dibia$e, Belief, Tye Hill, Computer Jay and P.U.D.G.E. “Oblivion” also features Cooper Gillespie of Ultra Violent Rays on bass guitar. Claiming roots in North Carolina, Atlanta, New York and Chicago, Sum’s next album The Black Water Rebellions [Dv2] is set to drop in summer release featuring Blockhead, Needlz, Ikey Owens [Mars Volta, Jack White, Free Moral Agents], Yamin Semali, The Milky Way and 414Beg. He describes “Oblivion” as “an overview of the past, a prayer for the future and a space fable all in one.” Dv2 will be preceded by a series of one-off songs and verses called The Road To Rebellion that are strictly focused on “forcing people to recognize I’m one of the great spitters of this era and I won’t be ignored in that light anymore.” He is also currently in the midst of launching his label and music supervision company, Precious Metals Creative.