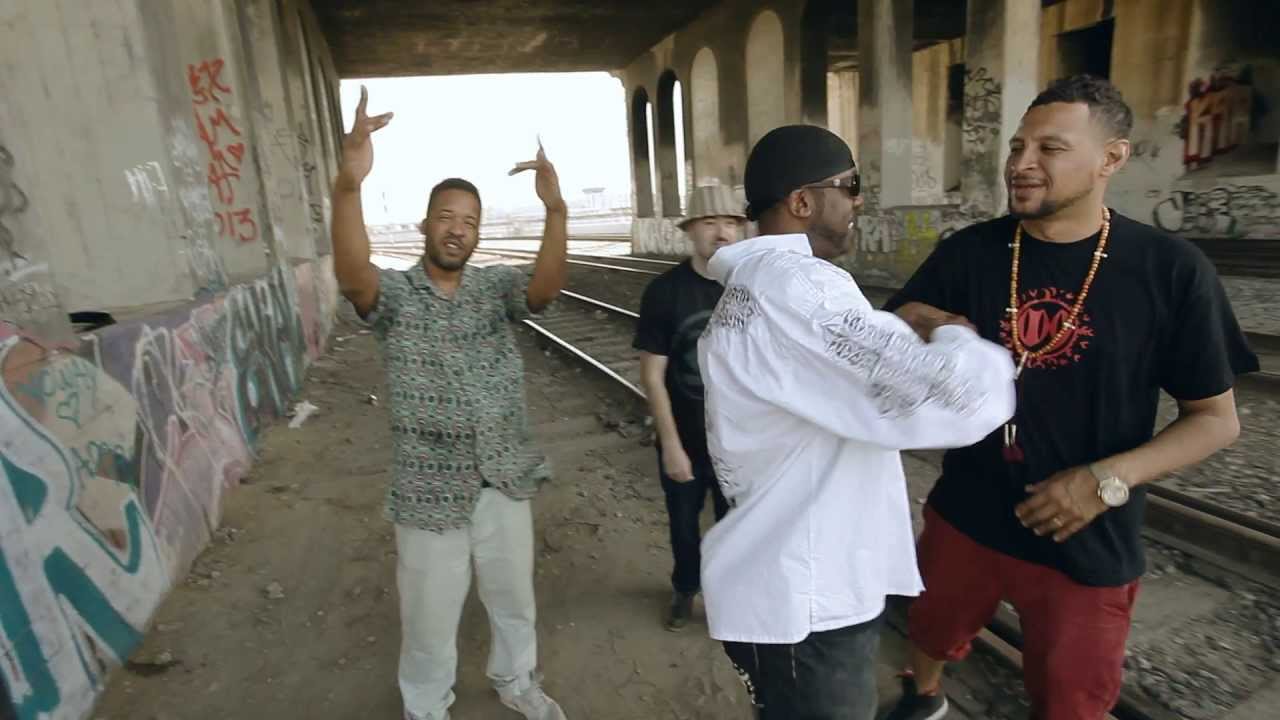 Eso Tre and Subz are L.A. duo Substance Abuse, presenting the RCKLSS ABNDN-directed music video for the Hanif Hobbs-produced single “Paper Tigers”, featuring Myka Nyne of Freestyle Fellowship and Percee P. “Tigers” is from their new album Background Music featuring KRS-One, Sadat X, MC Eiht and Tash of Tha Liks (watch the video for “Don’t Get Us Wrong”), and the “Tigers” video features cameo appearances from Ras Kass, Sach of The Nonce and more. Former URB Next 100 picks, Substance Abuse dropped their debut Brand New Crime in 1998, following up with 2006’s Overproof which featured Motion Man, Saafir and Rasco and received four-star marks from URB and Scratch. “The idea for ‘Paper Tigers’ came from a botched show we did in L.A.,” says Eso. “We were supposed to open up for my friend’s group but Subz was out of town so I brought Myka and my homie Deranged to rock with me. I was pretty sauced up and it ended up just being Myka and Deranged rapping. Percee P was in the crowd, and being a fan since I heard him on “Return of the Funky Man”, I invited to get onstage. Seeing two of our favorite emcees at the same place at the same time is where the idea came from. Needless to say, I never got liquored up before a show again.”