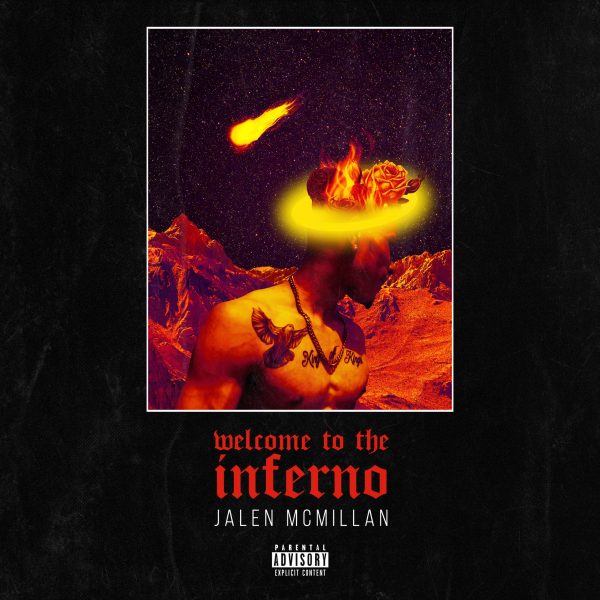 Is This Hot As It Gets For  Jalen McMillan As He Just Dropped The Crazy New Mixtape “Welcome To The Inferno”.

The LA resident is at it again with another BANGER with his highly anticipated mixtape. McMillan is coming off a very successful 2019 campaign, which saw him release his project named “Triple Threat” after a 4-year hiatus, launch two clothing lines (which reports say sold out in seconds) & sprinkled on a few major music videos on his YouTube. Jalen fans will be delighted to know that he is already back in the studio & has plans to release a follow up album in honor of the late Kobe Bryant, who was a major inspiration behind McMillan’s work ethic & lived close by McMillan.

‘’No Cap’ is one of my favorite tracks and I’m thankful it’s doing so well, can’t wait to shoot the video for the fans” says McMillan, who plans on setting up a tour later this year. When asked about the rationale behind the name of the project, Jalen indicates, “Inferno comes with new songs in which I rap, sing, and handle the production of each track. I’m 25 now with a family to support & I’m hungrier & hotter than ever! This project is me giving it my all & it’s only the beginning, so welcome to my madness, the Inferno”.

Majority of the project was mixed and mastered by the production staff at Goldie Sound Productions in Tallahassee, the top-rated studio in the North Florida region. The mixtape also comes with “Inferno” merchandise, which fans can buy exclusively on McMillan’s official website or his YouTube merchandise shelf.

To see what fans are saying about Jalen’s inventive and enterprising songs, please visit https://jalenmcmillan.com

Also check the mixtape out and tell us what you think.