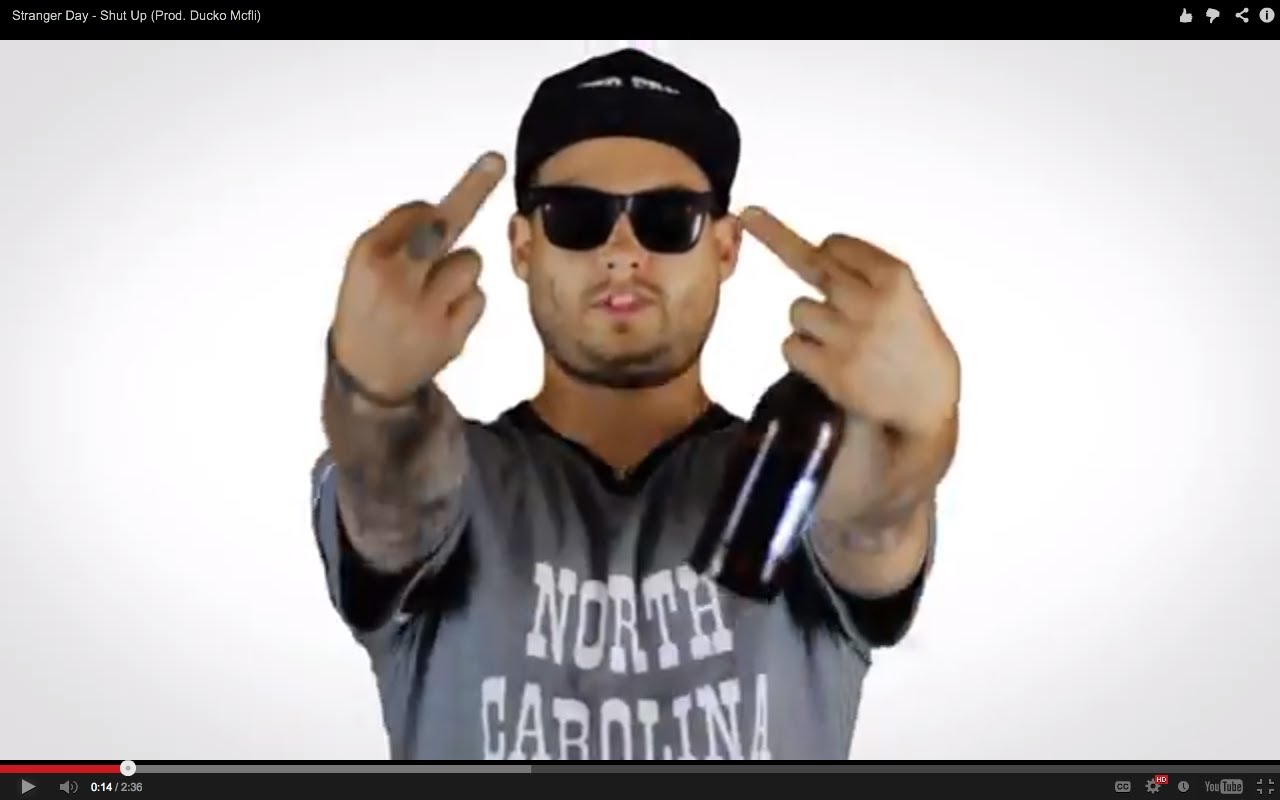 Charlotte, North Carolina emcee Shane Coble a.k.a. Stranger Day drops the Jamie Williams/Hype Cult-directed video for “Shut Up”, the new single from his upcoming mixtape You’re Welcome, presented by Atlanta rap media imprint Greedmont Park and clothing label We Are The Process. Shane followed up his first project Young, Dumb & Dope with the Barstool Bounce EP which included production from Mad Decent’s DJA, and included “Not Playin” which was featured on MTVU, Fuse and AOL Music. Bounce also included production from Philadelphia’s EMYND who Day teamed up with for the rock ‘n roll sample-fest A Sunday Drive With The Windows Down. Day dropped his first full-length album Vice Matters in 2012. The idea behind ‘Shut Up’ is being pushed to that point where you are about to take your actions beyond words,” says Shane. “I mind my own business, work hard and am generally a nice dude until you push me to that point. So if you ain’t on my team, just shut up and leave it there because we’re just trying to have fun.” You’re Welcomeis mixed by DJ Famous Jason and drops July 2, 2013.