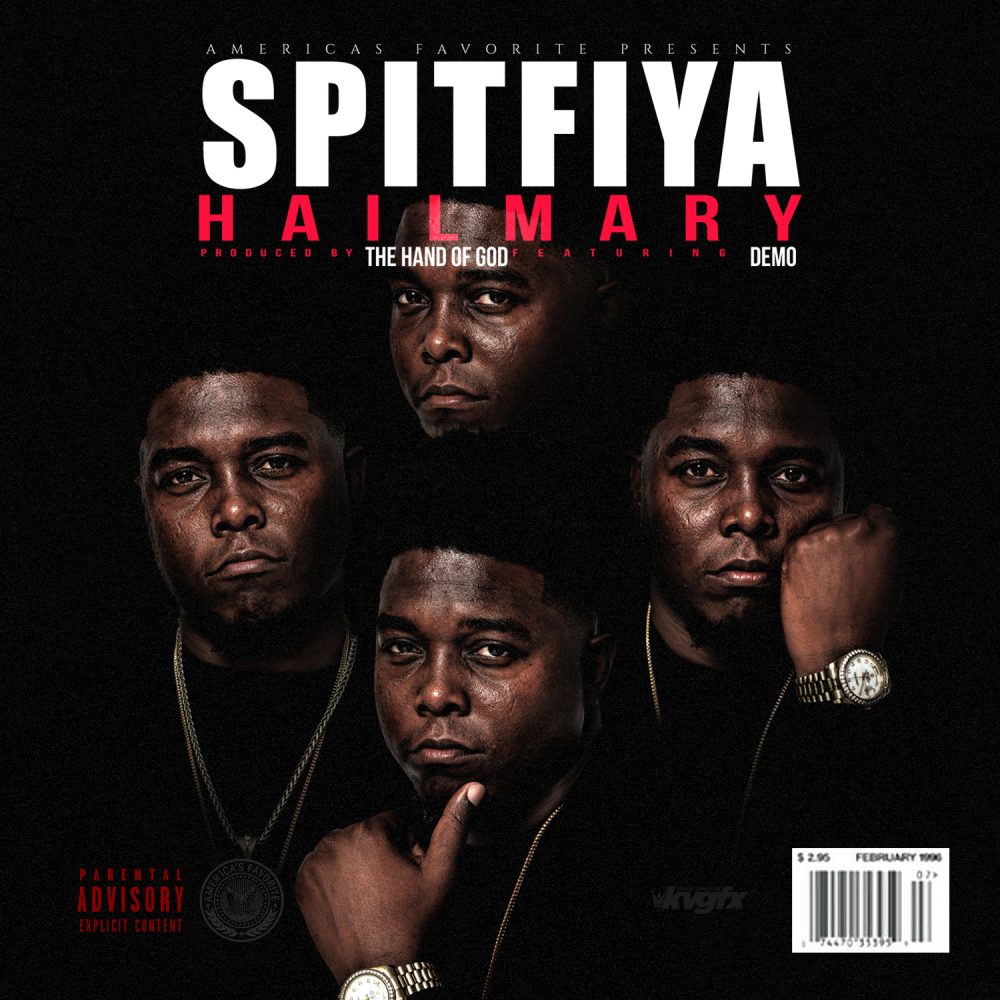 Rap recording artist/writer Spitfiya is paying homage to the late Tupac Shakur with his “Hail Mary” remake. As the man behind various recordings for other MC’s including, songs for B.O.B., Flo Rida, and collaborations with Kendrick Lamar and producer Sounwave. His whole life has been shaped by entertainment. Spitfiya music history starts far before his teenage years, and platinum awards. When “All Eyes On Me” first went platinum Spitfiya was attending Walton Junior High School in Compton. His godfather William Junebug Lee known as Junebug is the CEO of Bullets Production Team who manages some of the world’s top producers as well as top writers in the industry. One of his godfathers client is Harold Scrap Fretty who produced on “Only God Can Judge Me.” His godfather and Scrap would drop off the “All Eyes on Me” platinum award at his home and would encourage Spit to write a hit. His eyes would light up like a deer in headlights. His Godfather Junbug promised him that one day he would receive a platinum award and that vision soon came to past. Spencer Galbreath who helped run Amaru Records is credited for the movie Resurrection and various releases after Tupac’s death is also instrumental in helping Spitfiya achieve platinum success. What we are saying is west coast waters run deep in Spifiya’s remake of “Hail Mary.” The track moves at a haunting pace with epic strings and an infectious base line. It makes you feel like the Philharmonic Orchestra set up shop in the middle of Compton Blvd. In addition, the soulful smooth vocals featured on the hook are from Long Beach native, DeMo king of B-Boy Soul. Demo’s heartfelt performance on the hook cradles the track like a baby with whooping cough. Spitfiya shows off his machine gun flow with rhythmically intricate patterns resulting in a bold message. The track is re-produced by industry veterian Teddy Blade better known as the hand of god because of his piano skills displayed in various churches throughout Compton and Los Angeles. Teddy is known for working with such artists as Dionne Warwick, Whitney Houston, Kelis, Flesh N Bone and various other talents. “Hail Mary” and other offerings from Spitfiya such as (The Making of Cool On You) his YouTube documentary and “Cool On You” a single from his upcoming mixtape THE BEAUTIFUL SOUND OF IGNORANCE is available now!