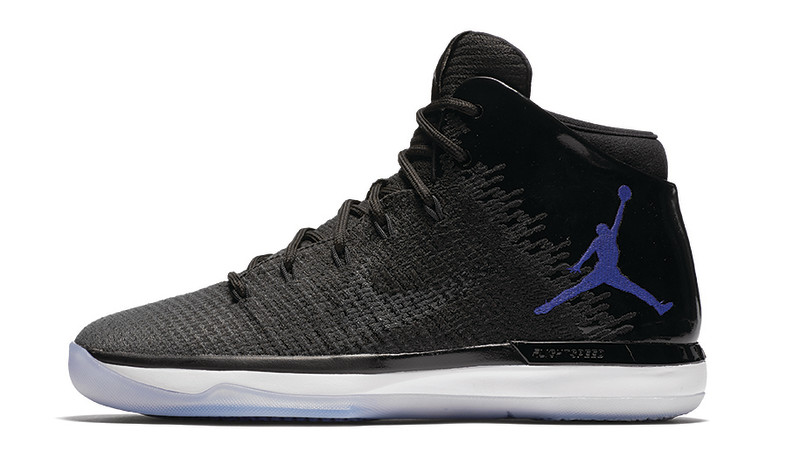 Not only does the model lift the black/concord/white mixture from the infamous Air Jordan 11, it also looks to have taken the shiny patent leather sections.

What else does Jordan Brand have in the works for the 20th anniversary of Space Jam? More Jordan silhouettes borrowing this same colorway, apparel referencing the release, a retro of Michael Jordan’s actual Tune Squad jersey, and more.

UPDATE 11/9: An official image of the “Space Jam” Jordan 31 (above) has emerged as part of Nike’s 12 Soles collection.