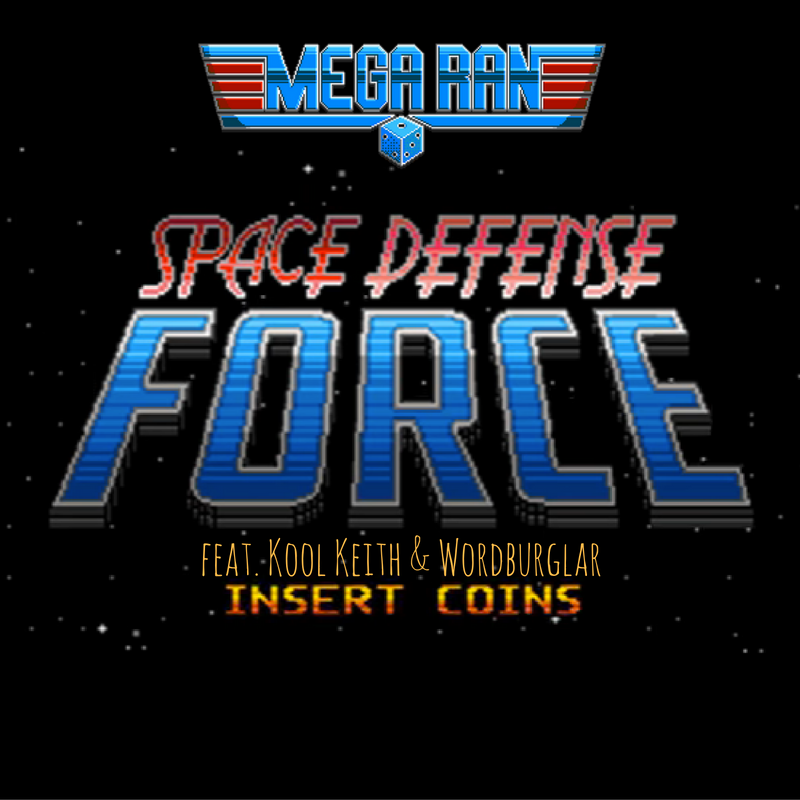 In the latest single release for Mega Ran’s award winning “RNDM” album, he teams up with legend Kool Keith and Wordburglar for the space-funk odyssey “Space Defense Team.” Existing in a fictional video game world, the three play pilots ready to do to the impossible to save Earth from alien forces.

Animated by Doctor Octoroc, and taking cues from the Mega Drive (Genesis) color palettes from existing games, the video posesses given a unique, vivid color scheme contrasted against the backgrounds offering bleaker hues – a message of hope in a time of despair. “Space Defense Team” takes place in what begins as a one player shooter and amounts to a hectic three player free-for-all that is reminiscent of classic side scrolling space shooters in the arcades of the 90’s.
Download The Song Here:
https://random.bandcamp.com/album/rndm