Sources Tell Us Kjay Cavalli Is The Next To Blow. Is Drake & Kanye Talking About Him Also? 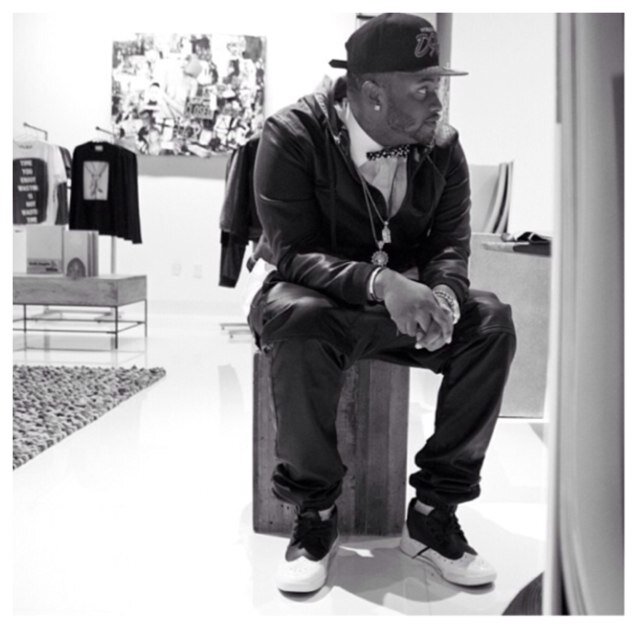 Everyone is talking about this kid mixtape and songs on Soundcloud. From a insider source some major artist are taking a slight interest in him.
He got his big break years ago working on Sean kingston album and performing Live with him. Then next thing you know he wrote another smash record for Fat Joe Ft Chris Brown Another Round.

Fast forwarding to now he currentyly have a song featuring Tory Lanez called Against My Religion. Me Personal I love a song he did called “Cant Rain on My Parade” Which has a afro Beat type of sound like Wiz Kid. He is currently working on Releasing his mixtape and new ep.

How long have you been doing music?

I started when I was 19 and Got my real brake at 21 with Sean Kingston. Went on tour with him and Justin Beiber which was a blessing

Why the artist path now?

Well I always want to try it out. Some of my closet friend always told me to do it. Now i’m focusing on getting in shape and perfecting my craft.
My manager Derrick push the button to be honest

Well right now I have a record with Tory Lanez which is buzzing but we def have stronger records.

Wow ok do you have some of that sound in your music?

Yea you can hear it. I love my culture

Are you planning on going on tour anytime soon?

Well right now we have something planned for August so I will see. Hopefully all the tickets are sold and the promoters are happy.

Who is on the project?

Well Tory, Jeremaih , Fetty Wap so far. But Not on the mixtape. I rather have no features no shade. Just want to show people what I can do with no co sign

What popular songs you written?

Whats your goal at the end of the year?

Be on tour and making great music. Also have a new app coming out called Buzz Bank which will be the biggest app next year. Trust me lol…