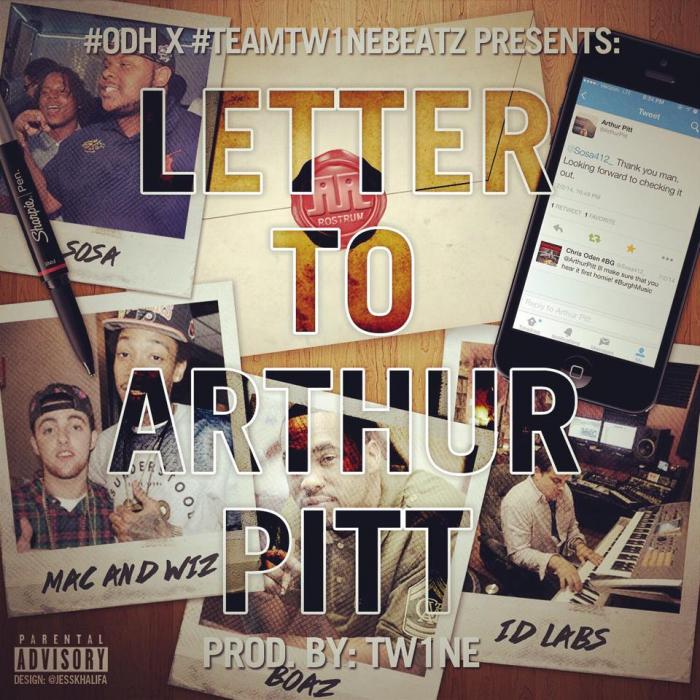 After the success of his latest single he released, ”Welcome Back” & in the beginning stages of his new project slated to be released in the spring of next year, Pittsburgh Artist, Sosa brings to us this time a standout song that is sure to generate the type of attention a artist in his position would strive to have, titled ”Letter To Arthur Pitt”. Produced by frequent collaborator, 412 artist and producer Tw1ne (@RealTw1ne) the hip hop newcomer takes a step in a new direction. Arthur Pitt, known for helping Steel City MCs Mac Miller and Wiz Khalifa go from local stars to become who they are today in the music industry, gets a heads up on who he should be keeping his eye on next. Known for his continuous grinding and passionate work ethic, “Letter To Arthur Pitt” will almost guarantee that Sosa will be noticed by the Senior VP of A&R and Promotions of Rostrum Records. Each release is better than the last & with 2015 around the corner, the future looks bright for the Pittsburgh lyricist & you can expect nothing but progress and hard work from Sosa as his musical career continues to flourish.