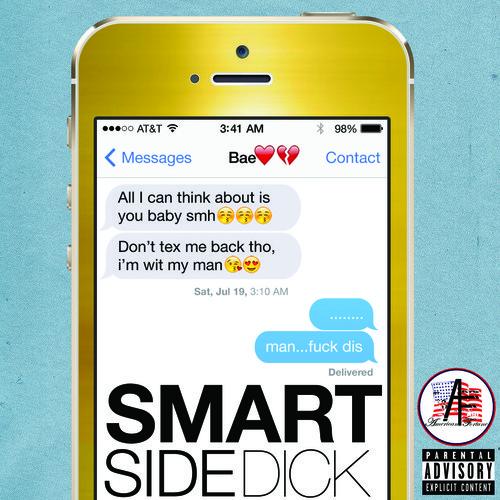 Smart, the 25-year-old rapper from Bed-Stuy, Brooklyn, had his beginnings in Tompkins Projects in the early 1990’s. With an absent father and drug addicted mother, Smart’s foundation came from his grandparents who encouraged him to read and do well. Smart developed a keen interest in literature and with their support he was able to attend a prestigious private school. Soon after however, things took a turn for the worst when it was discovered that Smart’s mother had been using his school tuition to buy drugs. Smart was forced to leave school, marking the beginning of his downward spiral into the streets.