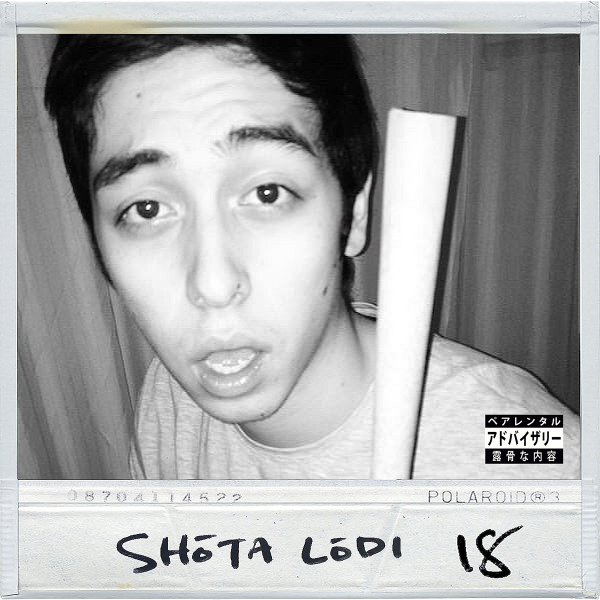 October 30th, 2018 – Los Angeles, CA – SHōTA LōDI is a name to get familiar with. The 25-year-old artist is on the rise and is making some serious waves both here and internationally in Japan, winning over listeners with his unique voice and emotional tracks. He’s charted on both iTunes and Spotify, a testament to his many years of musical experience.

Today, he released a new single that really showcases his top-tier levels of talent and professionalism. Titled “18,” SHōTA’s latest track is soulful and original, prominently displaying his airy vocals atop a clean and crisp beat. Light drum work combines with simple yet extremely effective guitar lines to create a fresh atmosphere. The track’s production is spotless, delivering an emotionally dynamic sound in a neatly arranged package. “18” features rapper Eighty8, whose bright flow adds the perfect amount of hype and energy to the mix. Overall, “18” is a very promising release from SHōTA LōDI that fully demonstrates his potential for success in such a competitive industry.

“As of the lyrics. Everybody will know this feeling. Whether we had just graduated school, fell in love…no matter the experience, the feeling of being on top of the world is shared.” – SHōTA LōDI

SHōTA LōDI had collaborated with electronic DJ’s and his featured song “Party Girl” with *Groovy workshop. made #1 on the iTunes Japan EP chart. “Time Was On Our Side” ft. The Golden Pony came in at 3rd on Spotify Norway Viral Chart TOP50 and found itself at 9th Place on the Spotify Taiwan Viral Chart TOP50. The song was also recently picked up and shared by The Chainsmokers on their official SoundCloud page.