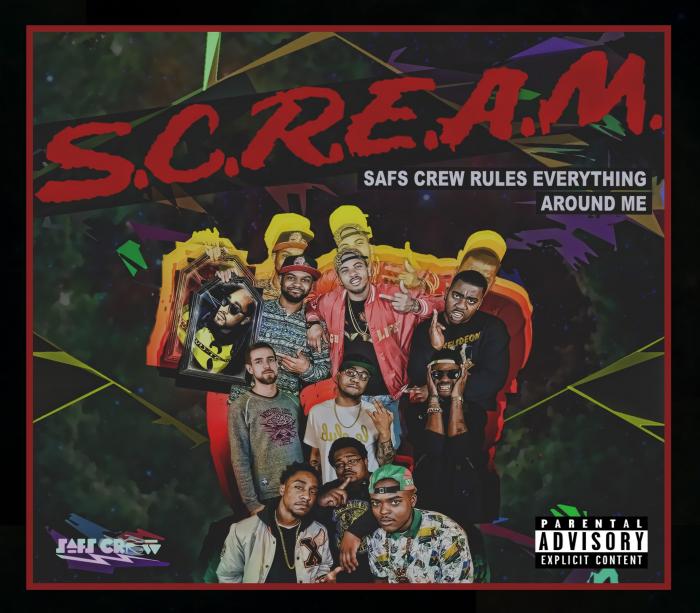 Milwaukee, WI – SAFS Crew – the hip-hop super group gears up for the release of their debut group project: S.C.R.E.A.M. (SAFS Crew Rules Everything Around Me). S.C.R.E.A.M. is a 13-track project, which highlights the versatility of the group while paying homage to the Wu-Tang Clan. Each artist brings a unique perspective and technique to S.C.R.E.A.M. When put together, everything fits like a jigsaw puzzle and creates an everlasting influence. The collection of emcees use a wide spectrum of production from different era’s on the mixtape such as “Fly Posture” (produced by Deb.On.Air) which sounds like a late 80s/early 90s version of Eric B. and Rakim, “Official”, a Madlib and J Dilla classic, and their take on “Shabba”, the ASAP Ferg trap banger from 2013. The variety of styles and influences create a timeless project that appeals a diverse array of listeners.