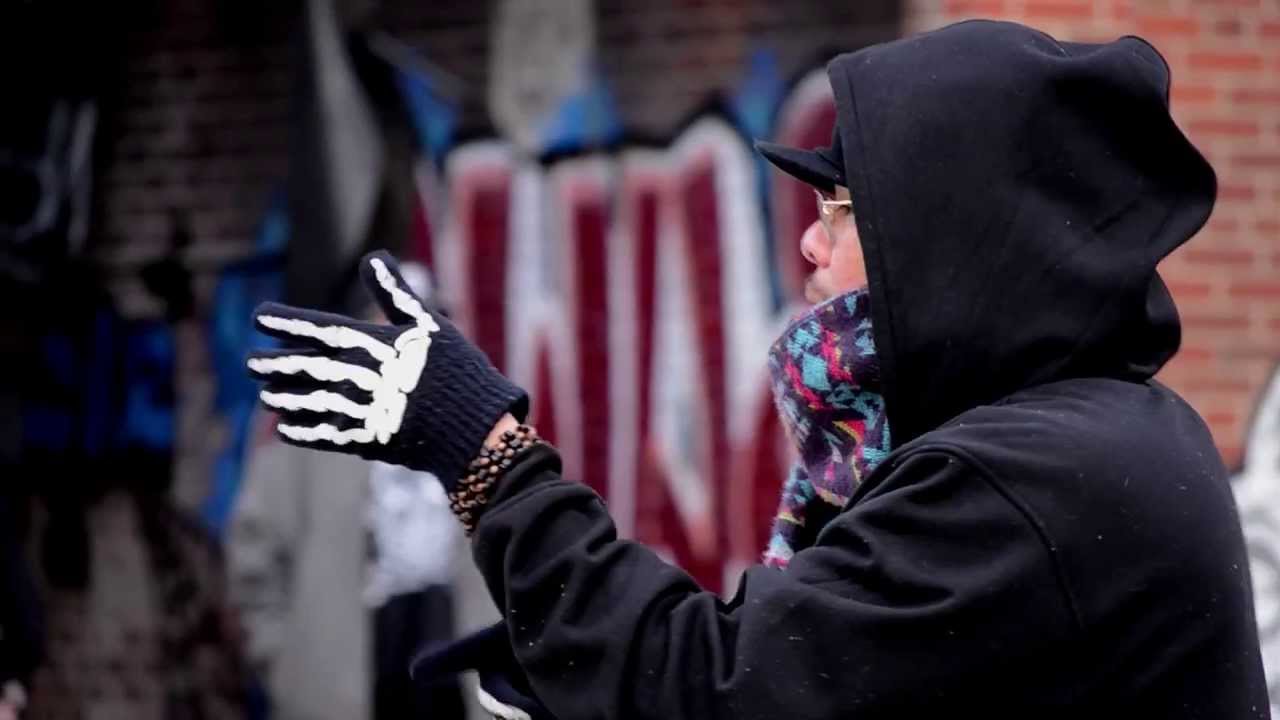 Multitalented Anishinaabe producer, MC and Detroit Raiz Up Collective member, Sacramento Knoxx, has produced a new short documentary, “NiiMiDAA” which translates to ‘Let’s Dance’ in the Anishinaabemowin native language, in support of the Idle No More movement.

It’s bigger than hip hop, so the doc concludes with footage from Idle No More solidarity rallies held in the Detroit-Windsor areas and provides background and context on this ever-evolving Indigenous resurgence and revitalization movement.

Produced by The Raiz Up Hip Hop Collective in solidarity with Idle No More, ZagaaJibiiSing aka (Detroit-Windsor) is Anishinaabemowin for ‘place that sticks out the river’.

The Raiz Up is a Detroit-based crew that uses hip-hop as a tool to create social awareness in their community through community dialogue, artistic creation and collective action. Combining Indigenous cultural roots with hip-hop connections is all part of their ongoing decolonization work to build community and create art and music:

Native American activism holds a prominent place in the group’s work as well. Most RAIZ UP members identify with indigenous culture and the group actively promotes decolonization, the reclaiming of native language and culture.

Members have dropped Native American banners from buildings, helped organize and document an Idle No More dance at Fairlane Mall, and put together an Ojibwe art installation to decolonize space at a traditional native site in Flint. They’re also interested in raising awareness about an Native American burial mound at Historic Fort Wayne in Southwest Detroit.

“NiiMiDAA” captures the heartbeat of Idle No More with passion and vitality; and Knoxx and his crew make it clear that the spirit of the movement lives on.