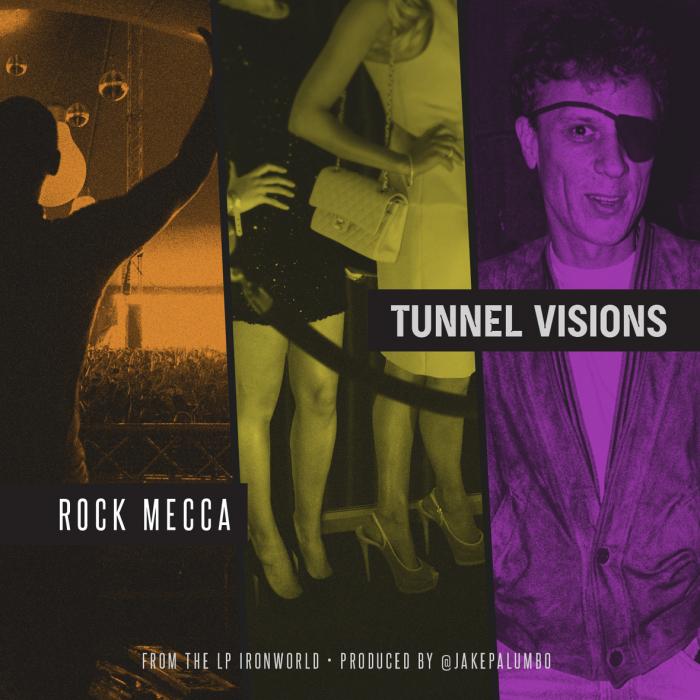 Rock Mecca releases “Tunnel Visions”, the new single off his upcoming “Ironworld” LP. Produced by Jake Palumbo, the track is recalling the spirit of the famed NYC Nightclub and the gritty Hip-Hop that was its soundtrack during the Late 90s and early 2000s. The track is a banger, with snapping drums, dope cuts and the vivid lyricism that is making the name Rock Mecca synonymous with quality Hip-Hop with all in the know. Download the track and bang it loud.