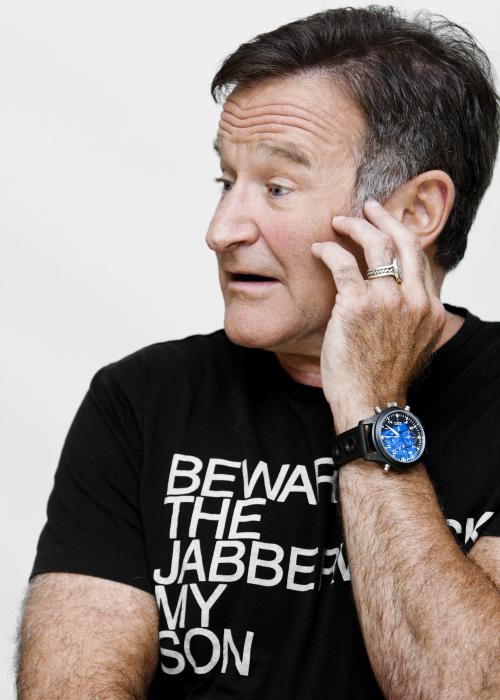 Comedian Robin Williams, known for his rapid-fire delivery, died Monday morning in his residence in Tiburon, California, in an apparent suicide, according to the Marin County Sheriff’s Office. The sheriff’s Coroner Division suspects the death to be a “suicide due to asphyxia,” but a comprehensive investigation must be completed before a final determination is made, according to a press release.

Williams, 63, was found in the home he shared with his wife shortly before noon (3 p.m. ET), the Sheriff’s Office said. He had last been seen alive on Sunday at 10 p.m., according to a Sheriff’s Office press release.

“This morning, I lost my husband and my best friend, while the world lost one of its most beloved artists and beautiful human beings,” his wife, Susan Schneider, said in a statement. “I am utterly heartbroken. On behalf of Robin’s family, we are asking for privacy during our time of profound grief. As he is remembered, it is our hope the focus will not be on Robin’s death, but on the countless moments of joy and laughter he gave to millions.”

The comedian’s publicist said he had been battling “severe depression of late.”

“This is a tragic and sudden loss,” Mara Buxbaum said in a statement. “The family respectfully asks for their privacy as they grieve during this very difficult time.”

Williams, who struggled with alcohol and cocaine addiction was sober for decades but relapsed in 2006 and returned to rehab. Last month, Williams entered rehab for a short stay “to fine-tune and focus on his continued commitment, of which he remains extremely proud,” according to a statements his representative made at the time.

In an interview with The Guardian in 2010, Williams attributed his need to self-medicate to his unrelenting “fear and anxiety” and said that although he was in a happier place, he also was “not afraid to be unhappy. That’s OK too. And then you can be like, all is good. And that is the thing, that is the gift.”

The fast-talking comedian last communicated on social media two weeks ago when he shared a photograph of his daughter as a baby on her 25th birthday. A passionate gamer, Williams named his daughter Zelda.