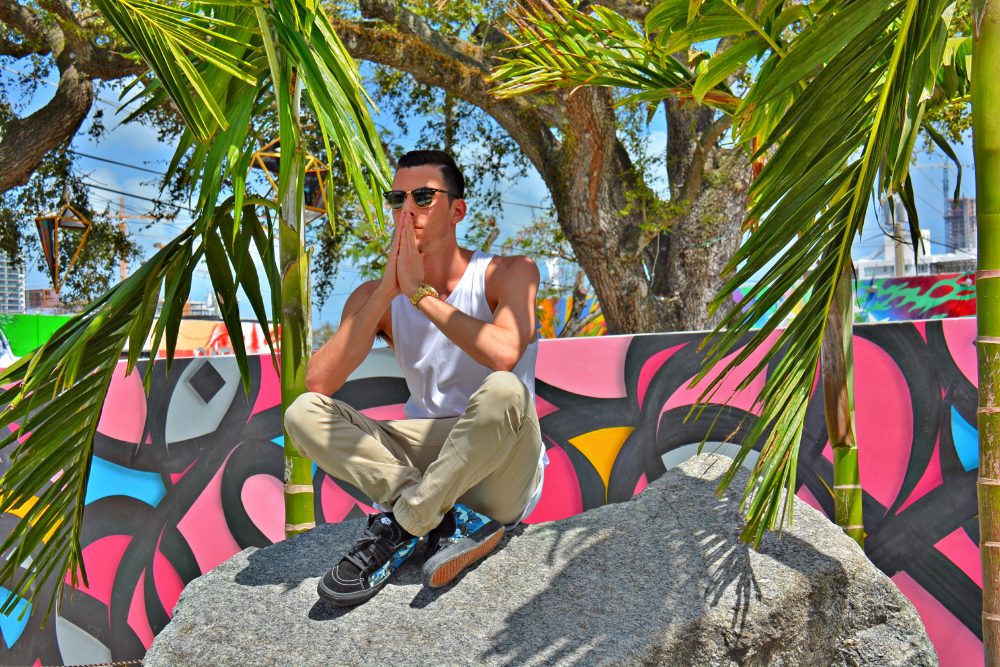 NEWPORT NEWS, VA. – Robbie Russell has always loved music. It’s been a part of his life for as long as he can remember, and he’s been singing for most of his life.

Today, the rapper and singer from Newport News, VA is beginning to make waves on the east coast music scene with his relatable music and unique sound.

With a pop/R&B sound that features unique hooks, the 19-year-old’s music reflects on his life experiences and conveys his growth not only as a person, but also as an artist.

“All of my music I take from what I’ve been through or how I’m feeling in the moment,” Russell said. “I won’t write a song about girls or money or anything like that if it’s not true. My songs focus on past relationships or situations I’ve been in – what I’ve been through and how I’ve grown throughout time. That said, the songs aren’t overly specific. They’re written in a way that’s broader and can connect with almost anyone – emotions about feeling alone or how good I felt when I met a person. You can learn a lot about me from listening to my music, but it’s also open to interpretation from pretty much anyone who hears the songs.”

In May Russell drops a new single every week off of a new EP titles “Self(ish).” The full album will have eight songs and can be accessed through Russell’s Soundcloud account. Russell said the idea behind the songs on the EP is to display who he is as an artist.

“I was a little selfish by the way I put some information out there and how I wrote my music for this EP,” Russell said. “I went with what I thought was the best style that I thought for me, instead of going with what others told me I should do. Really, I just wanted to put me on this EP, and that’s what you get with these songs that I put on there.”

Russell said the EP is structured in a way that tells a story over the course of all eight songs. It starts off with a bit of a pop feel, with more singing than rap from Russell. The first songs talk about the need for a mate, with follow-up songs exploring the ins-and-outs of a relationship.
“From there it transitions to a darker place with no love after losing the girl,” he said. “At that point of the EP I start to take a different approach. With the song ‘Throw It Away,’ you see a guy who’s over that relationship. But by the end of the EP, the songs are reflective of how far I’ve come as a person and as an artist. It’s all a progression of what I’ve been through over the past year-and-a-half.”

Russell has performed live at a number of shows on campus at Virginia Tech, as well as in locales in the Virginia Beach area. He can be seen regularly this summer at two places in particular along Virginia Beach – Shaka’s Live at 2014 Atlantic Ave., and Sidelines Sports Theater Bar & Grille at 3497 Holland Rd. For updates about his upcoming shows, follow Robbie Russell on Twitter, Instagram and Facebook.