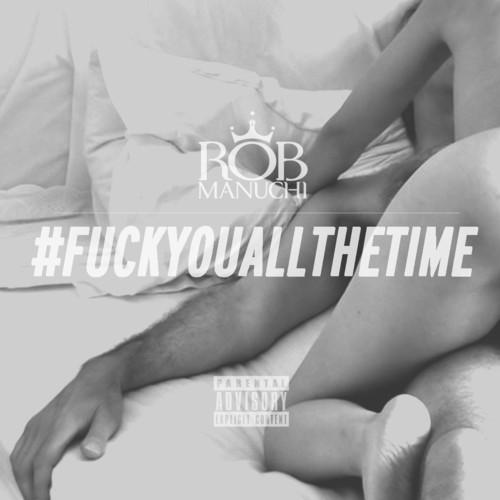 From the home of Legends like Biggie & Jay-Z, Rob Manuchi sets out to birth a new child of Brooklyn, NY Hip-Hop. With his background of music stretching back to when he was only a toddler he is well equipped with much to offer. Armed with that classic “Bedstuy” Brooklyn aura, Mind tweaking lyrical content and the drive to succeed Rob Manuchi plans to take the Hip-Hop scene by storm!!

Today I bring you Rob’s latest release, “FuckYouAllTheTime,” a slow & sensual (not to mention, pretty graphic) song about – well, I think you get the hint. Thug loving is a track topic that never gets old, and despite the nature of the track, Rob shows off his lyrical skills as well as the variety of flows he possesses. Expect more singles from Rob showcasing the other sides of his personality as he preps the release of his Televised project, due to release late summer.