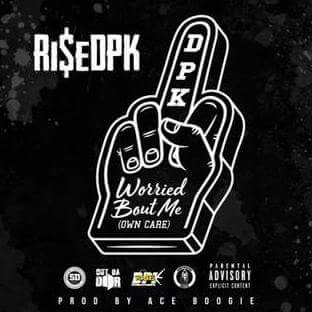 Rise DPK known as Da Project Kid was born & Raised in Winston Salem which is known as the world famous TRE FO North Carolina. Being that he was the youngest one out of North Carolina to strike a major deal with Elektra Records with a group called Now City he is back as a Solo artist to bring you his hot new single Worried Bout Me Produced by Ace Boogie DPK. After doing shows with a countless amount of your favorite artist and having songs on the radio he is ready to make a impact on the game with his new label SDE / STACK DOLLARS EMPIRE /ODD /OUT DA DOOR ENT.

He is driven outgoing and ambitious. “I feel like music gives me a break from some of life’s most hardest issues” said Rise, “it’s like I need it to stay consistent”. With his new Singles Worried Bout Me, Tryna Trap Me, & Take Mines coming off his new mixtape Whole Cake No Crumbs 2 he is ready to show people North Carolina has been slept on for a while. “I’m ready!” says Rise “I’m ready to show the game, also the world I’m what the game been missing. I’m so talented it’s not no telling what you’ll hear next I’m excited and ready to bring light to my city!”