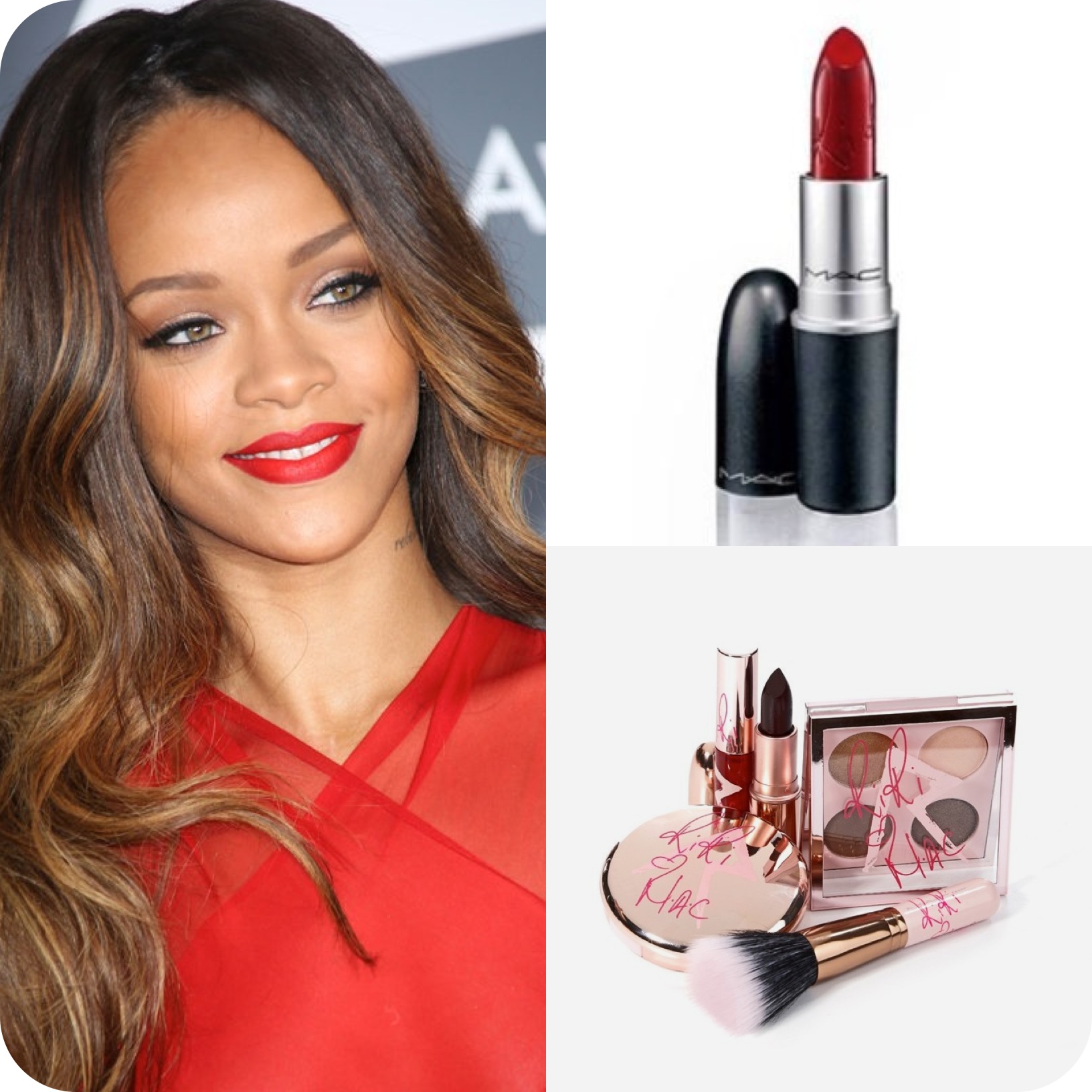 Unless you live under a rock, there is no way you can escape hip-hop. The hip-hop culture and the many people who it attracts has been a major contributor to the success of countless business’s; whether in automotive, clothing, jewelry, food, sports,and now cosmetics. Ladies you remember the release of Nicki Minaj’s Pink Friday Lipstick by MAC, launched black friday 2010. The pink lipstick reportedly sold out in minutes online.
MAC recently teamed up with Rihanna launching a twist to their Ruby Woo red lip stick, naming it RiRi Woo. Released on May 2nd, the lipstick sold out in just three hours! This is just the beginning of the collaboration with Rihanna and MAC. When partnering with a celebrity, usually MAC does a one time only exclusive deal, as was the original plan for Nicki Minaj with Pink Friday Lipstick. In Ri’s case, this is only the first of the “RiRi Hearts MAC” cosmetic line that will be released between four seasonal collections. In addition to the lipstick, her products will include, brushes, eye shadows, and lashes.