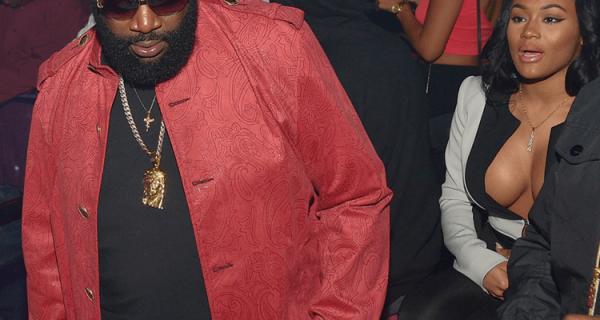 Rick Ross is having a pretty good start to his fall.

The Miami rapper had been pretty quiet for most of the year after a very busy 2014, in which he released two studio albums, but as of late, he’s picked up the pace. His surprise mixtape, Black Dollar, is certainly his best free release since 2012’s Rich Forever, and now, off-wax, he’s also got some good news for us.

Lira Galore, the young model very capable of drawing jaw-drops from observant people of both genders has announced that she is engaged to Rick Ross. The two have been rumored to be a couple for quite some time, and apparently, things are headed to the next level. Ross himself hasn’t commented on the news yet, but Galore gladly accepted well-wishes and congratulations on social media, leading us to believe that this isn’t just a fleeting thought of hers, including this post from fellow model Amber Rose.

Congrats are certainly in order, and if you aren’t familiar with Lira Galore, a quick viewing of P. Reign and Drake‘s “DNF” video will make you envious of ol’ Ricky Rozay in short order.