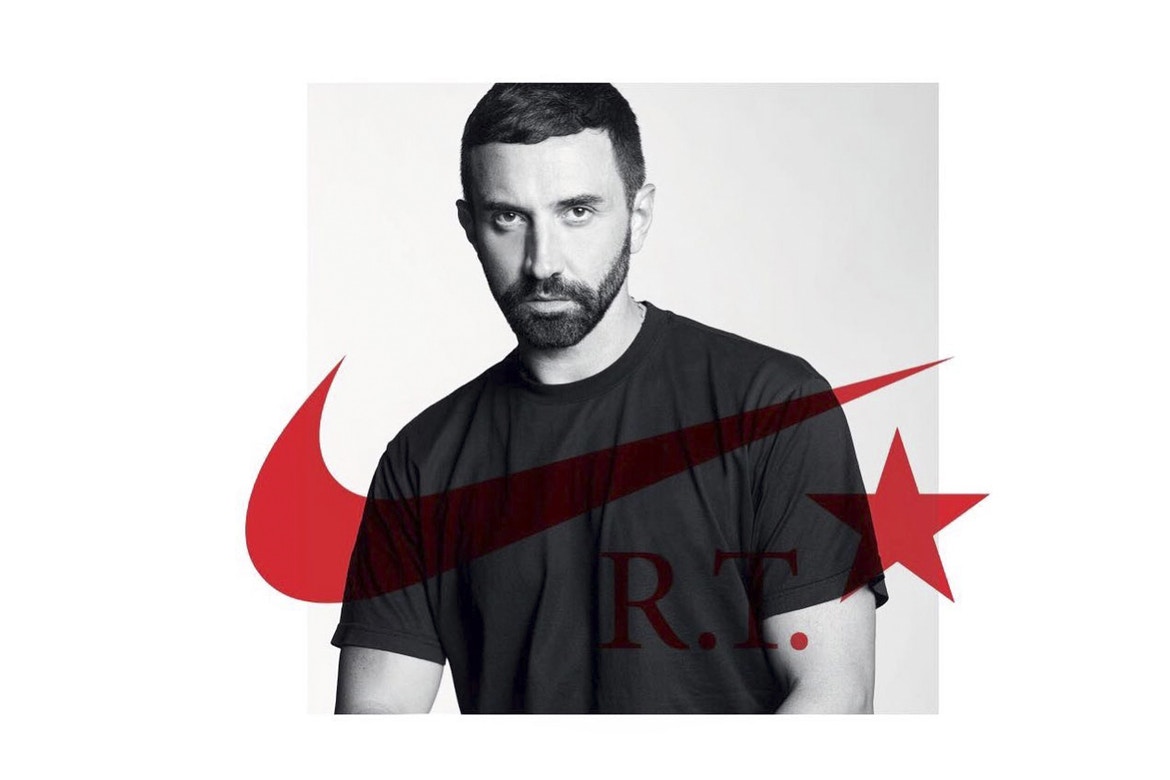 Though he departed from Givenchy earlier this year, designer Riccardo Tisci is busy gearing up for another collaborative effort with Nike. Taking to Instagram to tease the upcoming joint project, Tisci posted a black-and-white image of himself behind the iconic Swoosh. An “R.T.” and star symbol is also placed at the lower righthand corner.

Tisci then uploaded a follow-up post featuring a red, white and blue R.T. Nike logo, which looks to be a collaboration that also involves the NBA.

“Dreams come true #NikeRT #NikeBasketball #NikeNBA #comingsoon #nyc,” the designer captioned the photo. “I’m honored to be part of this important moment as @Nike reclaims its partnership with the @NBA #NikeRT#NikeBasketball,” reads the second.

If you’ve missed it, Riccardo Tisci discusses how basketball has influenced his work.