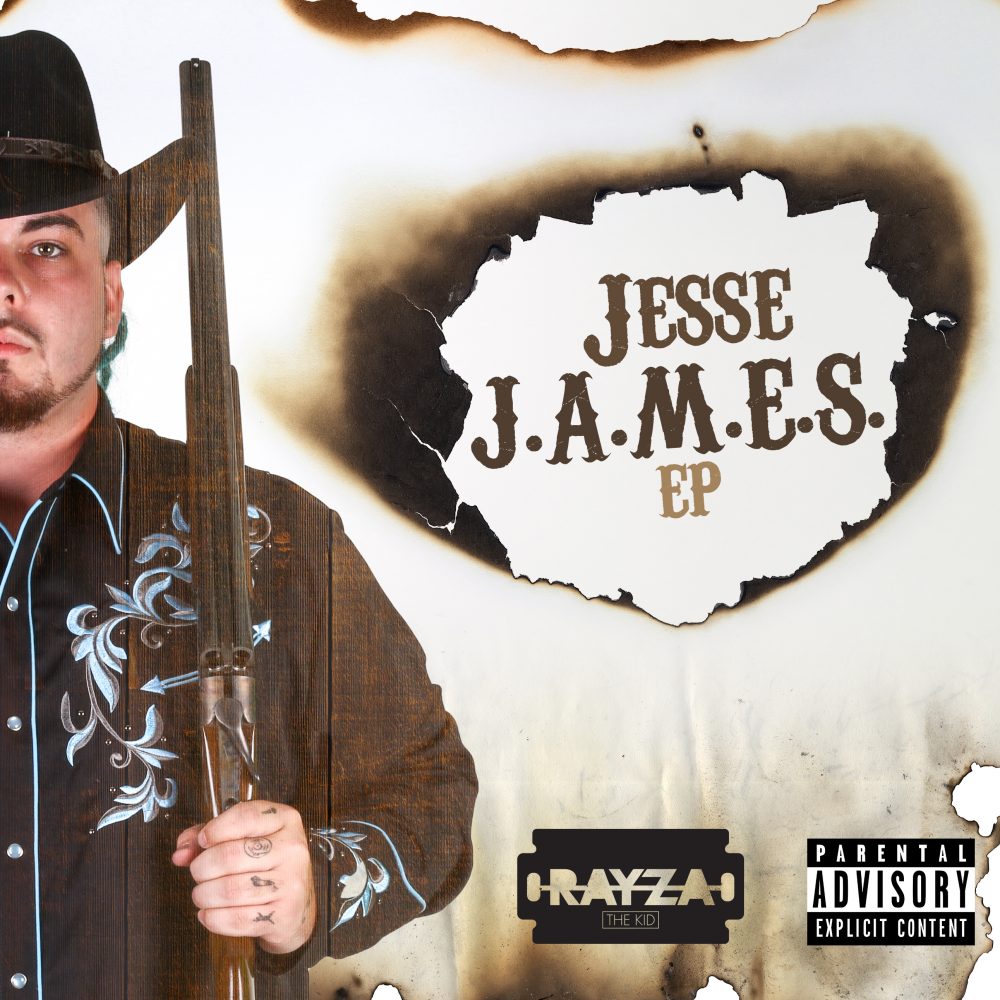 Just one week after releasing the Rick James video, Rayza The Kid answers right back with the Jesse James video. The two videos serve as two parts to one storyline, which is fitting given the nature of Rayza’s upcoming releases on June 23rd.
Unlike anything we’ve seen so far with an upcoming indie artist, Rayza The Kid is due to release two completely different EP’s in one day. Following suit with the videos, he will be releasing the Rick J.A.M.E.S. EP and the Jesse J.A.M.E.S EP. From the title tracks on these two videos, it seems as though we can expect entire projects with a sound consistent with the icon each EP is named after.
Initially, the concept of the Rick James video was somewhat unclear. Upon reviewing this new video, Jesse James, it is now believed they intended to re-create when Rayza and executive producer Billy Klinten originally met in 2015. It appears the song portion of each video takes place in their dreams, where Billy is being visited by the spirit of Rick James, and Rayza is being visited by the spirit of Jesse James in each respective video. A deeper meaning is assumed, but the dual video concept as a whole is still widely open to interpretation.
In regards to this EP series, there still remains the question of the J.A.M.E.S. acronym. It would be hard to believe that this acronym serves no purpose, but that has yet to be revealed by Rayza. So to describe the upcoming content from this rising star in one word……mysterious. It’s safe to say a lot remains to be seen with Rayza The Kid, especially with these upcoming EP’s. It certainly has our attention.

Rayza Has Made His Way Back To VMG But This Time With A Instant Classic... Unlike The Rick James Joint That Is Also Featured On VMG, He Hits Us With "Jesse James". The Visual Is Super Dope As It Clearly Gives You A Western Feel, Based Off The Title Alone. I Personally Love The Overall Creativity, And Out Of The Box Thinking That Went Into This Visual. Rayza The Kid Is Not Playing With Em, And Looks To Become A Household Name In This Rap Game... Check Out The Visual And Tell Us What You Think...