Ray-J Disses KimYe In New Single I Hit It First 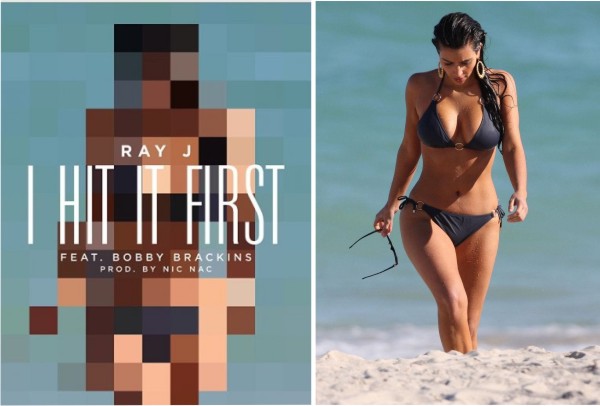 She might move on to RAPPERS and ballplayers
But we all know I hit it first.
I had her head going North and her ass going South
But now baby chose to go WEST,
No matter where she goes or who she knows
SHE STILL BELONGS IN MY BED. -Ray-J “I Hit it First”

Somebody bring out the camera’s because the publicity stunt that Ray-J is trying to pull is crazy to me. He is suppose to be releasing his new single soon which has KimYe written all over it. Kim and Ray-J have been broken up for how long?! She hs clearly moved on…At this point Ray-J is riding the coat-tails of Kim to keep himself in the media circut. I believe Diddy would refer to this as b%tch-a$$ness!


Here are three ways Ray-J is clearly throwing Shade at KimYe!
1. The Single cover appears to be an old Picture of Kim Kardashain back in 2008.
2. The title of the Song, “I hit it first” … ie.Ray-J, Reggie Bush, ex-husband Kris Humphries, and now Kanye West
3. The subliminals thrown in this song are crystal clear!

The only reason why the relationship between Kim and Ray-J is even remotely relevent is because of the sex-tape, let’s be real! I don’t like drama and I feel bad everytime Kanye puts himslef in the line of fire, but this go round Kanye just ought to come out and murder Ray-J’s camp. Let the two be in love and enjoy their soon to be bundle of joy.