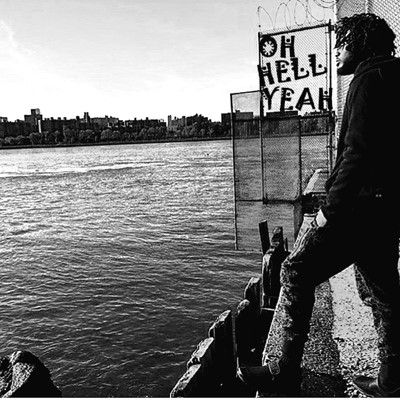 Trey Anthony Banks, also known as Rawyal B., is an American rapper born and raised in Harlem, New York. Born on November 27, 1991, Rawyal was heavily influenced by the Hip-Hop culture of the 1990’s. Music from artists like Busta Rhymes, and Andre 3000 are what heavily inspired Rawyal to explore his musical abilities and eventually become an artist himself. Rawyal also gravitated to the dance world and became well known in the “Lite Feet” scene in Harlem, as a young teen; this buzz is what motivated him to perfect his craft as a writer and performer.

Originality and innovation is also what drives Rawyal creatively, and is what influences his musical and fashion style. With his secret love for rock and his undeniable love for Hip-Hop, Rawyal has created a sound which he calls, “Rap & Roll”. This is a sound that has developed overtime for Rawyal and will be introduced to the world in his upcoming project expected to be released in 2017. His clever rhymes, and dope dance moves are what sets Rawyal B. apart from the artists of today. He takes great pride in his originality as an artist and is expected to be the key to what the music industry has been missing.