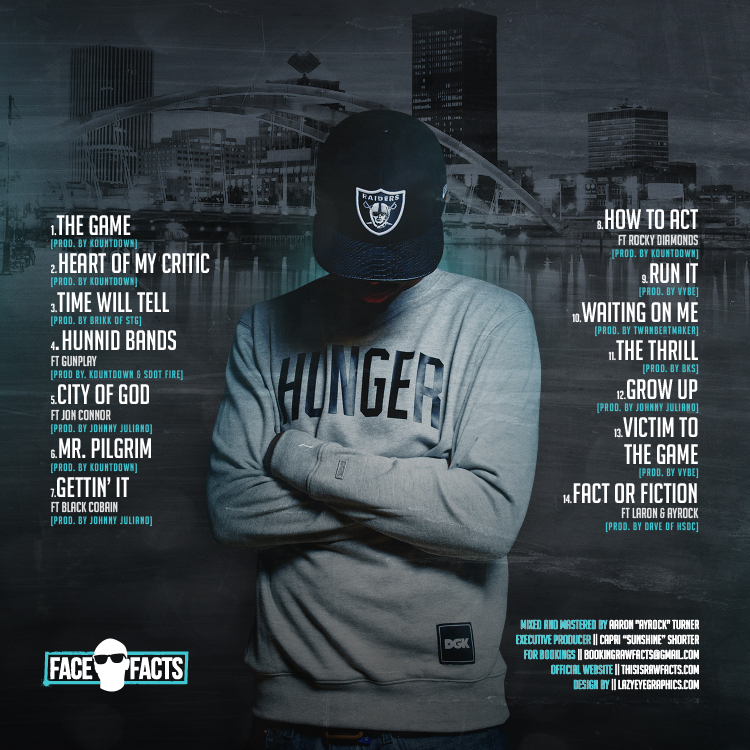 Gearing up to unleash his highly anticipated sophomore project Fact or Fiction, Raw Facts reveals the official tracklist for the project scheduled to be released Nov. 30th. The 14 track mixtape consisting of an eclectic mix of sounds features guest appearances including MMG’s Gunplay, Black Cobain, Jon Connor, Rocky Diamonds and a mass of production by Kountdown. The project is supported by recently released singles “Hunnid Bands”, “Waiting On Me”, and “How To Act”. In addition to the tracklist, the up and coming emcee has also provided listeners with snippets of three unreleased tracks featured on the mixtape.