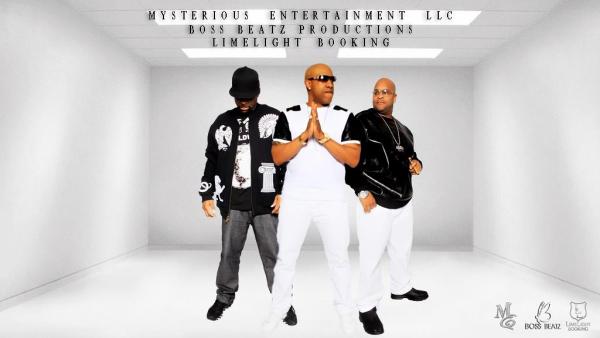 Dino is more than just your typical rapper from Louisiana with a bunch of country jargon. He has combined his years of military and music making experience to create a new standard for independent artists. Cleverly, he has also enhanced his marketability by becoming proficient in writing lyrics, artist development, mixing, engineering and mastering to unmistakably set himself apart from the sleuth of rappers and engineers emerging in today’s market. Being the great-nephew of the famous Blues singer Fats Domino, Dino has been around music his entire life; so it is no coincidence that he found his way to the music industry.

Hello Dino! Tell us a little bit about your background. Where are you from and which city do you rep?

My background is similar to many people in this nation as I was raised collectively by my grandmother, aunts and uncles. I’ve experienced many hardships that required large sacrifices growing up as many others, but I think that prepared me for the level of commitment needed to gain some level of success in the industry. I am currently based out of Austin, TX but I was born and raised in Baton Rouge, LA. So my heart and dedication will always remain there.

So you are from Louisiana. We think it´s important that every side and state is well represented. Tell us something about where you are from that people normally wouldn’t know.

Most people think that all cuisine from Louisiana is the same as well as the people. But that is far from reality. Most cuisine North of Lafayette, LA is prepared and taste completely different from Southern Louisiana. We consider their food to be very bland, and full of pepper. The people also dress, talk and behave differently; it’s really like two different states in one.

How did you get your start in music? At what point did you realize that you were talented and had a gift for this?

I got my start in music back in middle school when I was forced to take band. Even though I didn’t like it at first, it quickly became the only thing I thought about and was my driving force to go to school every day. I realized I was pretty good at making music after winning a few talent shows and folks began to request my services for different projects. I took it as a personal challenge to learn and be the best at creating all aspects of music.

Who has inspired you over the years? Where do you draw your lyrical content from?

My inspiration, over the years, has been 2Pac, Mystikal, Drag-On, Ice Cube, Dr. Dre, Aerosmith, Red Hot Chili Peppers and Lil Wayne. I know that seems to be a lot, and going from one spectrum to the other but it is honestly the truth. I’ve always been drawn to artists with the capabilities of cleverly combining words and phrases in an entertaining manner but are telling a story in the process. I love it when an artist paints a mental picture in their music…it’s kind of like reading a book to me.

List some artists that are influencing you in this Hip-Hop game and why?

In today’s hip hop game, there are really no artists that influence me due to their lack of content and lyrical ability. Honestly, other than Lil Wayne, I would have to say my own artists influence me the most as I have to ensure that I lead them by example; so I have to ensure my lyrical game is on point at all times.

You are the CEO of your own company named Mysterious Entertainment. What is the mission of your company?

Yes I am the CEO of Mysterious Entertainment LLC and our mission is to provide high quality music to a modern entertainment market with an extremely low overhead; to generate all aspects of a musical release in house ultimately reducing the cost and dependency on outside companies.

How has the music industry changed in the last couple of years in your opinion?

As with anything in the world, evolution is inevitable. The music industry is no different. Some of the evolution I believe is positive; for instance the availability of resources to create and distribute quality music. However, I also believe some aspects of the evolution of today’s music is negative; in particular the lack of substance in what is considered popular. I believe there is a place for all music but I also believe that many modern artists not only refuse to take the time to learn the history and business of music, they also attempt to skip many important steps in the music creation process with the goal of becoming rich fast.

What is your status at the moment? Are you actively shopping for a deal?

My current status is that we at Mysterious Entertainment are almost a fully self contained label. We have our own music production company Boss Beatz Productions ran by its President J. “Drilla” Marvin and our own booking agency Limelight Booking ran by its President H. “Big Worll” Jenkins. In addition we have successfully negotiated an agreement with 2Pugs Video Productions ran by its owner Tanner Bell, who is currently protected under our LLC to be our official photographer and videographer. We have a major distribution deal with Indie Music Factory (IMF)/Universal Music Group; our marketing and promotion is also handled in house via Promote Until Something Happens (P.U.S.H.); all publicity for the label and it’s sup-companies is handled by Urban Starz Media and we are legally represented by the William Chu Law Firm. Currently we are a major independent label so we are only in the market for a major film or television publishing deal.

What project(s) are you currently working on?

We recently released the third installment of our mixtape series Southern Riot III hosted by DJ Big Redd of Swisha House and are currently preparing for the release of the Rah Diamond by Rah Talynt and the “PURE” EP by myself. In addition, Minus is working on his next release which will be a full album as well as “Southern Riot IV”. We are also official participants of the 4th Annual Springboard South Music Festival in Houston, Texas.

What can we expect from Dino in the future? What are your ultimate goals in the music industry?

As usual music fans can expect nothing but the best quality music possible from our label. Our ultimate goal is to become a major, all in one, powerhouse in the music industry. We want to be able to provide an artist every aspect of creating, releasing and promoting their music to world without having to utilize and outside company. And so far we are on the right path with the addition of Boss Beatz Productions, Limelight Booking and 2Pug Productions.

In the end, let the people know where they can find you.

You can always find out the latest information about Mysterious Entertainment, its artists and companies by visiting the official label website at www.mysteriousent.com.

I would like to express my gratitude to Vintage Media Group for supporting Mysterious Entertainment and providing us the opportunity for maximum exposure on a global platform. I would also like to recognize Urban Starz Media, P.U.S.H., our official DJ Big Redd of Swisha House, J. “Drilla” Marvin of Boss Beatz Productions, Tanner Bell of 2Pug Video Productions, H. “Big Worll”Jenkins of Limelight Booking; our sponsors 24HourDisc.com, the Harker Heights Event Center, Squad 1 DJS, Swisha House, and Music Supervisor.