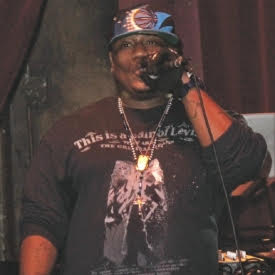 New Jersey based recording artist, CeeGramz just dropped his new single, “Scoped You” which is based on the popular Periscope app. Armed with an incredible trap beat, which CeeGramz produced himself, the track is beyond riveting, as CeeGramz rhymes about meeting a beautiful woman on Periscope and falling in love. “Scoped You is the first single off of CeeGramz upcoming debut album, Corner Store Candy which drops in 2017.

My team, Lagoche Music Group keeps me motivated. My big brother, Jose Caraballo and Lisa Canada do a great job handling all of the label duties. It’s a lot of work that people don’t see on the back end, but they definitely take of everything, precisely.

3) Being that you are from Camden, New Jersey what is the state of Hip-Hop there? How would you titled your style of music?

You can sum up the state of hip hop in Camden, New Jersey in two words: the grind. Every artist works hard to perfect their craft and it really shows. You’re about to see a wave of artists from Camden with major projects out. Ty, Brentten, Landoe, and Husk The Great, are just a few. My single, “Scoped You” is based on the popular Periscope app. It’s about seeing a beautiful woman on Periscope, meeting her, and falling in love.

4) With your most recent music single “Scoped You” is Crazy NICE, I Really Like It… can you give us some details on how you came up with that song?

I call my style of music, “Hoodie Music”, That’s patented for anyone out there who’s trying to steal it. (laughs) It doesn’t matter if I’m making music for the streets or a love song, it’s still going to have that dirty Jersey feel. Thus, hoodie music.

I don’t really have another artist that influences me. I come from a long line of entertainers, though. Whitney Houston is just one of them. Music is just in my blood.

Music isn’t the only thing that I like cooking up. So If you’re ever in Camden, New Jersey, stop by and I’ll make you a special batch of my “brownies”.