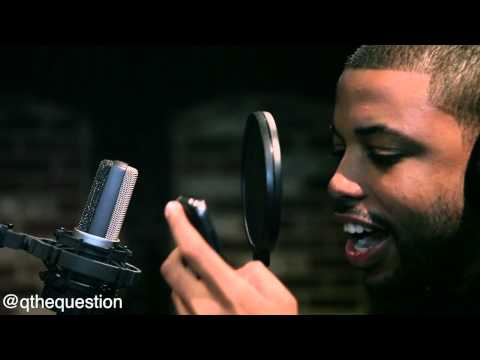 It is where the rest of the game is not where Q the
Question can be found. Few people in the industry boast his
credentials. Q the Question first gained fame, and infamy in some
cases, on the internet due to his writing. With an artist on the side,
Q the Question soon began pushing Trel Mack and their SKE Records.

This year, Q the Question and Trel Mack decided it was time to stage
their comeback, which went well. Q the Question re-established himself
in the media, while Trel Mack released his EP, Inspired by Greatness.
Both ventures were successful and led to more opportunities for Q the
Question, who is working with DJ YRS Jerzy.

Recently, DJ YRS Jerzy launched his Jerzy’s Evolution mixtape series.
Thinking outside of the box, DJ YRS Jerzy is having the mixtape hosted
by label executives, as opposed to simply artists and DJs. Q the
Question recently released footage of himself recording his part of
the new mixtape.