Porsha Is Pulling The Boxing Gloves Out! 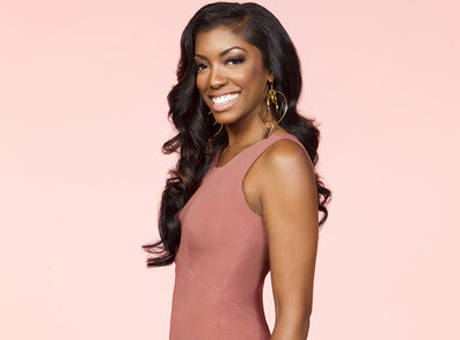 You can’t buy that type of loyalty and enthusiasm and you certainly don’t come across it everyday. Whether we know her personally or not, I think it’s very safe to say that Porsha wholeheartedly LOVES that man! -Susanna Osborne for Global Grind

Porsha Williams and Kordell Stewart are the latest addition to Bravo’s hit reality series Real Housewives of Atlanta. On the show Porsha is protryed as the stay at home wife who lives her life accoring to her bread winning husband.She may have her dingy on camera moments, but homegirl is nobody’s fool. Alledgedly the former football star filed for divorce this passed Friday, while Porsha finds out later through the media. The couple does not have any children together and apparently did not sign a prenuptual agreement either. Kordell has already made it clear that he does not want to pay for spousal support nor divide any marital assets…Did this man really think he was going to get off that easy?! Kordell Stewart is worth $14 million, and at one time had a contract worth $27 million over a span of 5 years. Therefore Porsha has hired one Atlanta’s toughest most respeted lawyers, Randall Kessler. Randall has worked on cases against rapper T.I. for child support, boxer Evander Holyfield, and has represented a host of athletes, celebrity spouses, and even co-star Nene Leakes. From the outside looking in Kordell has a long road ahead of him, and in one way or another he will be cashing out! The fact that his controlling ways were showcased on reality television isn’t going to help his case either…He decided to start some mess; Ms. Porsha Williams is going to finish it.