Pimpton – All Men Are Mortal 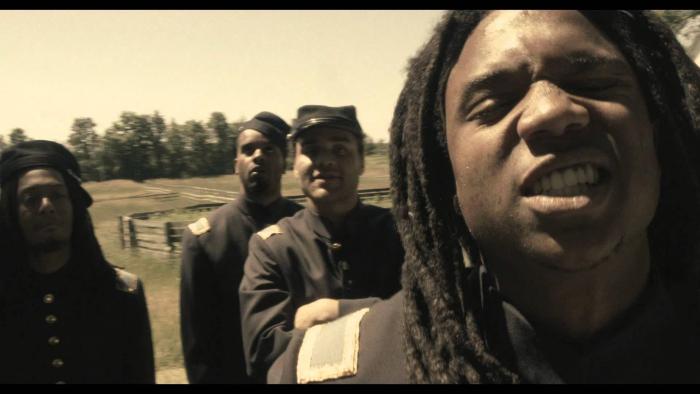 “Regina, SK – Regina-based MC Pimpton (of the C.J.E. crew) just hit us with his latest set of visuals for his joint “All Men Are Mortal.” This video was directed by Aurélien Offner, and it hits hard. This is one-part Django Unchained, one-part The Passion of the Christ, one-part Yeezus and two-parts Pimpton turning the f**k up.
It all starts off with Pimpton getting a whipping in a scene that looks like it came straight out of Django; it’s got a pre-Civil War-in-the-South vibe happening. And then Pimpton carries this massive cross through the forest as the track’s hook – “All men are mortals/ And all mortals die” – digs itself deep under the listener’s skin. The video wraps up with a lyric-less scene of Pimpton nailed to the cross. And he’s wearing a crown of thorns on his head.
And just so you know: Saskatchewan’s rap saviour WILL be reborn with the release of his forthcoming Killa Call Me Killa Vol. 2 project (a follow-up to his previous monster Killa Call Me Killa Vol. 1 tape). It’s going to be hard as nails – the kind of nails that etch ish into your skin while you’re carrying a cross through a forest. Like Pimpton. In this video. Hard as nails. For real.” (HHC)