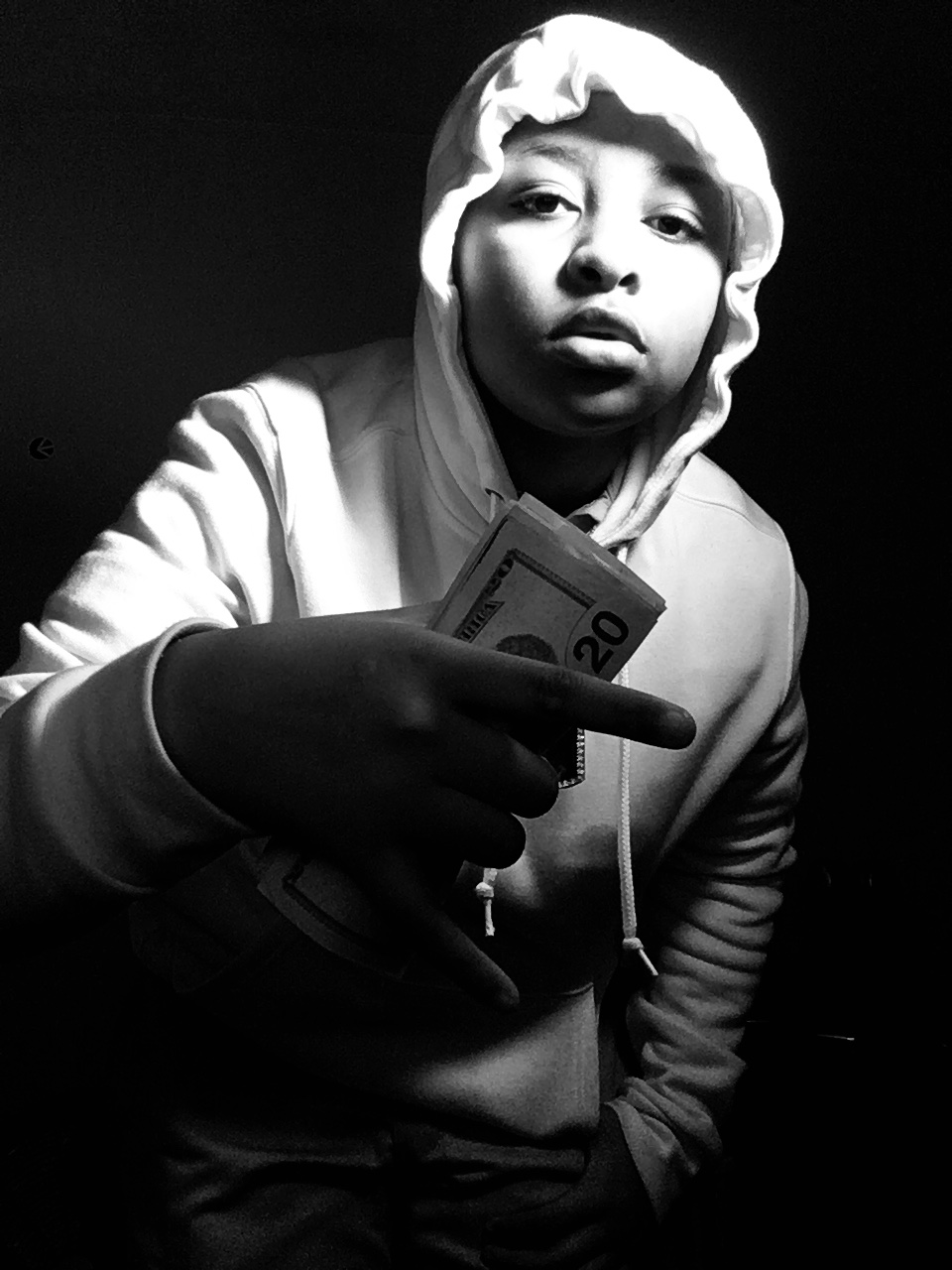 I started early with music. I was on my first mixtape at age 3.

2. What made you want to start making music?

I spent a lot of my early years being around my dad. He was into music and video and was trying to make a career out of it himself. Whenever I got in trouble as a youth my dad would make me write about it. He always made sure I had writing supplies. He would make me write down what I did wrong and then write down how to fix it and how to prevent it from happening again. Growing up I was a bit of a problem child. My dad never saw me as a problem. He knew that I just wanted to do things my own way. He made me believe I was a leader because of that mentality and I still feel that way today. I spent a lot of days and nights in the studio with my dad so naturally watching him for so long I began to take my little notes that he would make me write and just sit on the couch in the studio behind him and start putting them together.

3. How does the environment you grow up in, affect the style of music that you create?

I come from Philly, South Philly to be exact. 5th St Projects is where I grew up. For the most part I never experienced any kind of neighborhood negativity directly but it was always around us. I know people that have been shot, my neighbor was shot dead right in my parking lot in broad day light while we were on our way home from school. Plenty of my friends have been arrested, the police mess with us to, they don’t really make it any better. I try to put a lot of what I see or experience into my music. You won’t hear me rapping about guns, or drugs, or violence at all, and it’s not because my dad won’t allow it, well that’s part of it lol but if I didn’t do it or experience it personally than I won’t talk about it

4. You have the single out now which is called “Unstoppable.” What is the concept behind that record and how long did it take you to write that record?

Unstoppable is a dope record for me because it represents me and my peers. Throughout the record I speak about overcoming obstacles, not giving up, and remaining true to you. I graduated from a behavioral specialist school. Shouts out to Excel Middle Years Academy and all the staff that helped me while I was there. My dad came up with a great idea for the video. None of the people in the music video were supposed to graduate. Most of us had already been written off by society. Just about all of us have been raised by one parent and even some of the parents gave up on us. My dad didn’t. His Idea was to put us in caps and gowns for the music video to show people that doubted us or counted us out that we can do anything we want starting with Graduation. I can say that at least for that day all of my friends got the chance to feel Unstoppable. It definitely motivated me going forward.

5. Where there be an album coming and do you look forward to touring in the near future?

My album “UNSTOPPABLE” is just about done. We just have to put some finishing touches on it, get some good artwork and get going. At the moment I do have a show coming up in November but a tour has not been worked out yet. I do believe by next summer a tour will be in affect so I can bring unstoppable to a city near you