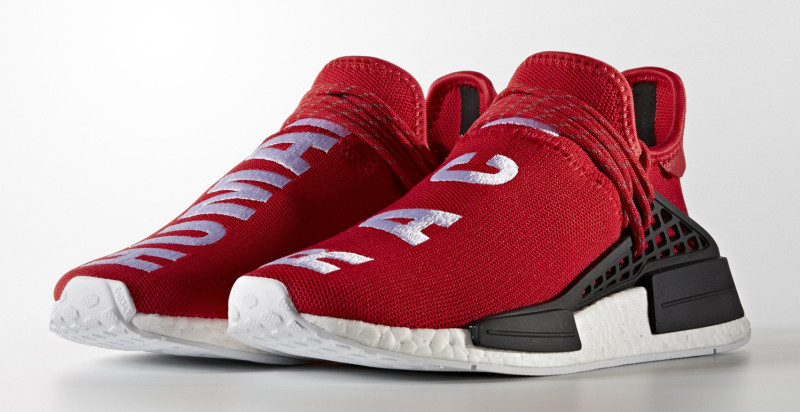 A look at the red Pharrell x adidas NMD.

Those who missed out on this weekend’s Pharrell x adidas NMD release will be happy to know that there are more colorways coming to retail. One of those is the pair seen here, which features the same “Human Race” branding and a red colorway this time.

Whether or not the shoe will be more widely distributed in the next round of releases remains to be seen, but at least people will get another chance to purchase.

There is no sneaker release date information available yet for this limited adidas NMD style. Sometimes the arrival of these official images is indicative of a soon-to-be-released shoe, but that pattern hasn’t always held with adidas drops.

UPDATE 7/26: According to a rep at BBC, these NMDs are fake. That seems unlikely as the imagery here matches adidas.com’s official product shot styling exactly, so it’s more probable that this is an early sample that wasn’t meant for public consumption or a Photoshop job. What’s more, catalog images surfaced months back suggesting a red Pharrell x adidas NMD just like this was releasing.