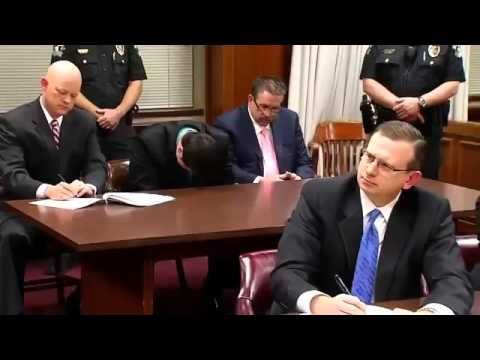 A former Oklahoma City police officer was convicted Thursday of raping and sexually victimizing eight women on his police beat in a minority, low-income neighborhood. Daniel Holtzclaw, who turned 29 Thursday, sobbed as the verdict was read aloud. Jurors convicted him on 18 counts involving eight of the 13 women who had accused him; the jury acquitted him on another 18 counts. He could spend the rest of his life in prison based on the jury’s recommendation that he serve a total of 263 years, including a 30-year sentence on each of four first-degree rape convictions. He was also convicted of forcible oral sodomy, sexual battery, procuring lewd exhibition and second-degree rape. The jury deliberated for about 45 hours over four days. Holtzclaw’s sentencing is set for Jan. 21. A judge will decide whether he will have to serve the sentences consecutively.