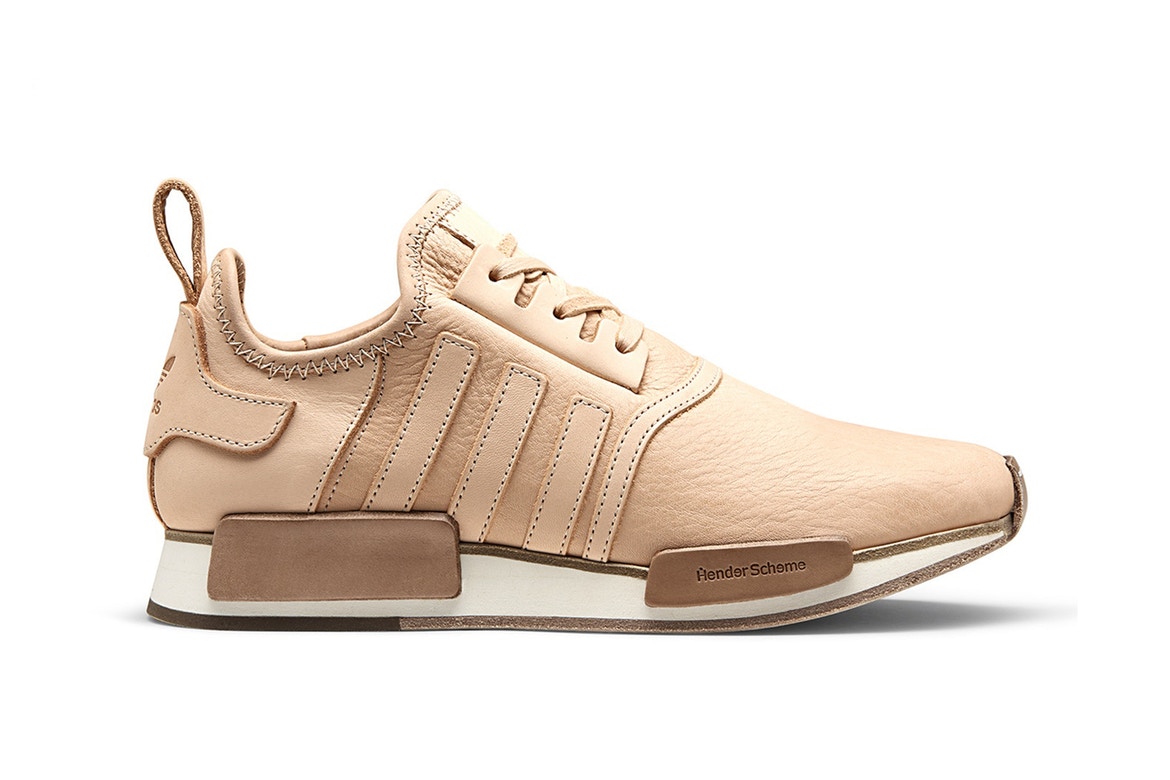 Over the past couple of months, details about Hender Scheme‘s collaboration with adidas Originals have slowly been announced to fans of the two brands, with Hender Scheme founder Ryo Kashiwazaki giving more information about the sneakers in a recent interview. Now, the three silhouettes to receive the Hender Scheme treatment have been officialy unveiled. The collaboration takes on the MicroPacer, NMD R1 and Superstar, turning each silhouette from a sportswear staple to a piece of refined luxury. All three sneakers in the pack come in Hender Scheme’s classic pastel color palette, and they each feature high-end touches such as a fully replaceable nail-in sole.

The Hender Scheme take on adidas silhouettes also sees the NMD R1 silhouette lose its usual BOOST midsoling while the MicroPacer comes without its pedometer. The sneakers all come in a tanned leather upper that will age naturally over time, giving the shoes a different look when they are box fresh than when they have been worn frequently worn. For this pack, Hender Scheme used its traditional craftmanship techniques, with each pair being handmade in the brand’s Tokyo studio. Because of this, each pair will be super limited edition, with the collaboration reportedly only comprising of 900 pairs.

The Hender Scheme x adidas Originals collab is set to drop at HBX on September 2, with prices set at $900 USD for the Superstar HS silhouette, $950 USD for the Micropacer HS and $1000 USD for the NMD R1.