NYC/Philly’s Meddafore Links with Bangkok’s Pad Thai Soundsystem to Release “All Out Together,” Unity When We Need It – Now More Than Ever! 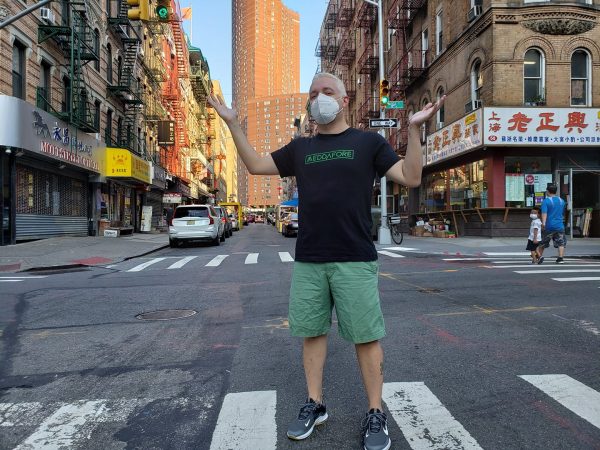 Hip-Hop has been missing lyricism (or at least mainstream hip-hop has). Hearing Meddafore rhyme gives me more hope that intelligence and wit, even with catchy hooks, is due for its return! A lot of quotables and my head stayed nodding to the beat. Pad Thai Soundsystem rounded it out smoothly too. Keeping this track on repeat!

Someplace Called Brooklyn / Soulspazm announces the release of “All Out Together” – the debut single from Philly mixtape legend Meddafore, aka Mr. Let Em Know, which is now available everywhere!

“All Out Together” is a statement of solidarity through the lens of hip-hop culture as seen best fit by Meddafore, during the time of a global pandemic and political unrest. Pairing his clever wordplay and sarcastic delivery with Bangkok-based Pad Thai Soundsystem (Peagreen Voxwagun & Brooklyn Shanti), the song delivers a message of unity pulling Meddafore’s sentiments of the US together with viewpoints from Asian subcontinents. With a definitive shift into an era where we have experienced communication messages from a former US administration which has called COVID-19 a “China Virus” or “Kung Flu,” has separated children from parents at the US borders, and touted a “ban on Muslims” – Meddafore and Pad Thai Soundsystem draw a line in the sand stating that it is due time for us to go “all-out together” in an effort to create unity. Harkening toward this, Peagreen’s verse compares that unity to the legacies of Dre, Snoop, and Eminem while Shanti’s verse focuses on unity through religions and cultures across the Indian subcontinent. Brooklyn Shanti (the1shanti) also created a catchy and melodic production.

“All Out Together” is a message of optimism stating that “now’s the time / connect and make it fit.” It’s one for all, all for one.

Meddafore’s debut EP is due out in Winter 2021/2022 on Someplace Called Brooklyn / Soulspazm.

New Music: Neela – Let It Down